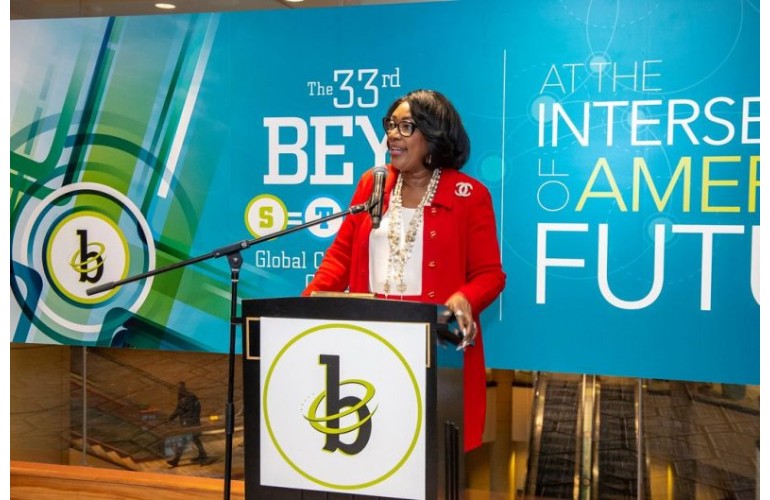 The 34th Black Engineer of the Year Awards (BEYA) will take place this week when leading professionals in science, technology, engineering, and math (STEM) gather at the Washington Marriott Wardman Park Hotel for the annual BEYA STEM Conference. But before then, the guest lineup for Larry Young Morning Show has been announced.

Participants on the Monday morning show include Tyrone Taborn, chairman of the BEYA Conference and CEO of Career Communications Group, the company that publishes Black Engineer magazine and produces the BEYA STEM Conference. Tune in to the Larry Young Morning Show at 9:00 am on Monday, February 10.

Also on the show will be Gwendolyn Boyd, president and chair of the Career Communications Group (CCG) Alumni Committee. Since winning the 1996 BEYA for Community Service, Rev. Boyd has been active in the CCG Alumni network. Each year, she takes part in events that feature past award winners. These events connect young people in high school and college with opportunities to learn about STEM careers from real-life role models and benefit from the rewards of mentoring.

In 2012, she joined CCG’s Hall of Fame in recognition of her contributions to advancing STEM. Rev. Boyd made a keynote speech on STEM and Historically Black Colleges and Universities (HBCUs) at the 2016 BEYA STEM Conference.

A native of Montgomery, Alabama, Boyd is the first African American woman to earn a mechanical engineering degree from Yale. Earlier, she earned a bachelor’s degree in mathematics from Alabama State University, with minors in physics and music. She also earned both a master’s degree in divinity and a doctorate in ministry from Howard University. Boyd spent more than 30 years doing professional engineering at IBM and the Johns Hopkins Applied Physics Laboratory (APL). Tune in to the Larry Young Morning Show