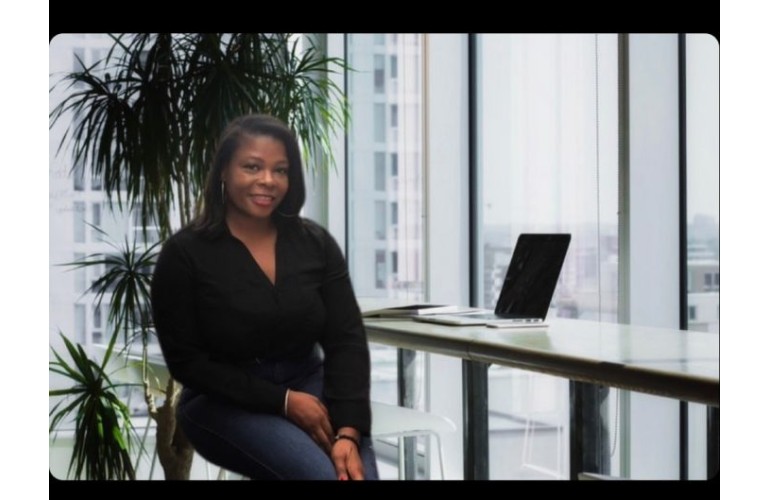 Early in her career, Krystal A. Porter was a signal communication and psychological operations officer for the U.S. Army. Today, she is a lead engineer and solutions architect for an airborne reconnaissance program. During her career, she has supported multiple projects within Leidos, a defense, aviation, information technology, and biomedical research company that provides scientific, engineering, systems integration, and technical services.

In recognition of her accomplishments, Krystal has received the Leidos Achievement Award for Excellence in Program Performance and the Leidos Agility Award. She was also named the Jimmy Doolittle Educational Fellow at the Leidos operations center for outstanding current/future armed unmanned aerial vehicle technology.

Outside of her corporate efforts, Krystal works to ensure others can excel in their career as she has from military enlisted to an officer and then working up through the corporate ranks to lead engineer. She is dedicated to teaching family members and younger individuals in her hometown of Chicago, IL, by equipping them with the skills and knowledge to enter science, technology, engineering, and math (STEM) career fields. She coaches them on educational choices and how to get into successful career paths.

Krystal serves in an informal advisory role for the Rush Hospital REACH (Rush Education and Career Hub) program. She also serves in a voluntary role as a deputy assistant technical reviewer with the International Council on Systems Engineering (INCOSE). Krystal is also a chief financial officer of the Black Cybersecurity Association. Krystal earned a bachelor’s degree in finance from the University of Illinois at Chicago and pursues professional industry I.T. certifications.

Stacey Herring has 20 years of experience in systems engineering and systems integration. He worked briefly at the Central Intelligence Agency (1998 – 2000) and spent the next seventeen years at the National Security Agency. Stacey has served as release manager for the National Geospatial-Intelligence Agency at Leidos since 2018.

His community service has augmented his stellar career performance. Stacey is currently a member of the Delaware, Maryland, and Virginia (DMV) Chapter of the Morris Brown College National Alumni Association, a recently reactivated chapter in the D.C. area after being dormant years.

When Stacey was an undergraduate student at Morris Brown College in Atlanta, Georgia, he held an internship in Reston, Virginia. During this internship, the local alumni association mentored all the colleges’ interns in the area. Stacey was paired with three mentors: a doctor from the Food & Drug Administration, a career State Department Civil Servant, and the Defense Information Security Agency (DISA). These alumni provided mentoring that has been a tremendous help throughout Stacey’s educational and professional journey. Stacey is now serving as the vice president in the reconstituted DMV Chapter of Morris Brown College National Alumni Association.

As a member in Montgomery County, MD, Stacey has been mentored by a Vice-President of Lockheed Martin, a federal Senior Executive Service (SES) member, and a corporate attorney. Each of those members encouraged Stacey to pursue an advanced degree, seek Agile and other professional certifications, and pursue new challenges as an engineer.

Aaron was responsible for bringing together a nonlinear sensor fusion algorithm, sensors, and an embedded CPU/GPU computer system. He is now working with the military to deploy this system to units in the field. Aaron plays a crucial role in getting technology out to the Warfighter. He often travels to military test sites to demonstrate navigation technology on unmanned airborne robotic systems, and he shows excellent skill when debugging things out in the field. He also demonstrates leadership as he works with others in these environments.

But it is not enough for Aaron to make meaningful contributions by delivering high-tech capabilities. No, he wants to inspire and motivate students who might not otherwise dream of careers such as his. So, he gives back to his community by leading a robotics team at a local high school with a large percentage of students from low-income communities.