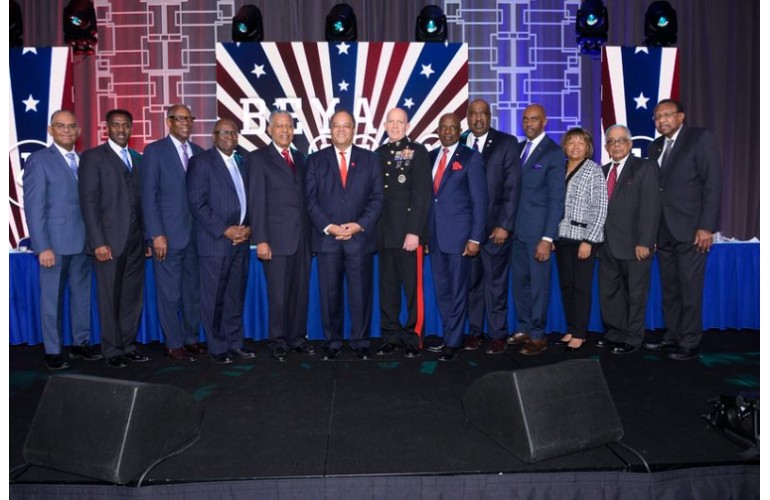 In appreciation of their service, many organizations such as the BEYA Stars & Stripes Committee, give back to American Veterans. Below is a list of some of the organizations in the U.S and what they offer.

Stars and Stripes is one of the nation’s largest events honoring both active and retired African American admirals, generals, and members of the federal senior executive service (SES). Each year the featured service of the Stars and Stripes event alternates between the Air Force, Army, Navy, Marine Corps, Coast Guard, and National Guard. The featured service is determined on a rotating basis.

The House Committee on Veterans’ Affairs is dedicated to improving benefits and health care for veterans., this website allows the veteran to interact with the Committee. Access the ‘Veterans Benefits’ link and learn about the history, legislation, and news concerning Committee actions.

The Veterans of Foreign Wars of the US had roots as deep as 1899 when veterans of the Spanish -American War in 1898 and the Philippine Insurrection in 1899-1902 founded local organizations. These organizations secured rights and benefits for the services of these veterans. This was a time when veteran pensions didn’t exist. Anyone ill, wounded, or emotionally scarred was left to take care of themselves. Fortunately, some veterans banded together and formed organizations known as the Veterans of Foreign Wars of the United States.

By 1936 there were approximately 200,000 members. The voice of the VFW was instrumental in establishing the Veterans Administration and a GI Bill for the 20th century. In addition, it successfully organized the national cemetery system and the intense fight for compensation for vets of Vietnam who were exposed to Agent Orange. They also fought for veterans who were diagnosed with Gulf War Syndrome. Much of their success and growth to help improve the lives of veterans of foreign wars are documented on their website.

Congress incorporated The American Legion in 1919 as a patriotic Veterans organization. This is the nation’s largest Veterans service organization committed to the mentoring and sponsorship of youth programs. They advocate honor, patriotism, endeavor to promote strong national security, and are devoted to veterans and fellow servicemen and women. The headquarters is located in Indianapolis and has an office in Washington, D.C. The American Legion has founded a host of programs for children and youths, two of these being American Legion Baseball and the Boys Nation.

Disabled American Veterans (otherwise known as DAV) is a non-profit charity dedicated to bettering the lives of disabled American veterans and their families. The DAV was founded back in 1920 by disabled veterans returning from World War 1. By 1932, the DAV was congressionally chartered as the voice of America’s wartime disabled veterans. One of their services is to provide free travel to and from VA medical facilities and help improve the care and morale of the sick and disabled.

The BRO ( Bataan Relief Organization), initially conceived by two mothers from Mexico, was established in 1942 by Mrs.Charles. W. Bickford and Mrs. Fred. E. Landon. Their sons, who were members of the 200th Coast Artillery, were captured by the Japanese. On April 10th, these two women approached the father of another prisoner and requested that he preside over a meeting. The purpose of the meeting was to establish an organization that could send aid to prisoners in Bataan. The meeting was held on April 14, 1942, and the organization was created with headquarters in Albuquerque, NM.

The organization’s name came about when Dr. V.H. Spenser (the first chairman) recognized that the organization’s initials formed the shortened version of the word ‘brother.’ All male prisoners were looked upon as brothers in arms. Thus the group adopted the motto: “We will not let them down.” The organization was made of the captured men’s fathers, mothers, wives, loved ones, etc. They worked hard to get relief from their loved ones. Every bit of information they could learn about the captured men was exchanged with other prisoners’ families. The American Ex-Prisoners of War Organization is a not-for-profit, Congressionally-chartered veterans service organization that advocates for former prisoners of war.

The Congressional Medal of Honour Society was established by federal legislation in 1958. Their focus is to preserve the memory of the Medal recipients and assist recipients and honor their memory. Their society’s website is informative and provides vast historical and current information. One can read the complete list of recipients, ask questions, read answers to FAQs, and more.