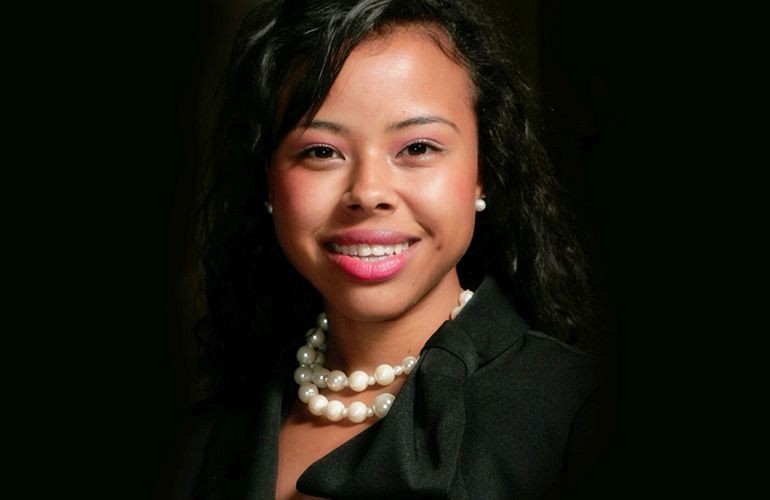 Tonesha Smith is a software engineer in Lockheed Martin’s F-35 Joint Strike Fighter program. She is also passionate about volunteering with young people in science, technology, engineering, and math (STEM).

While in college she was involved in the Computer Science Club and Tau Beta Sigma.

As a computer science major, she provided information about internships in the technology job market. Because of her efforts, many of the 650 students in the program entered college the next fall.

In 2008, Tonesha joined Lockheed Martin in San Diego, CA. After a year, she was selected to take part in Lockheed’s Engineering Leadership and Development Program.

During her time in San Diego, Tonesha became a member of Network of Volunteer Associates group and volunteered for STEM projects.

In 2010, Tonesha headed east to Baltimore, Maryland, for an Engineering Leadership and Development Program rotation. As she developed her career, she looked for opportunities to grow future engineers.

She became a mentor for the First Robotics Competition and used the 5th gear simulator to show more than 5,000 local students how engineering gets done through teamwork. Tonesha also became involved in Project Lead the Way. This program is designed to inspire K-12 students.

Since she moved to Fort Worth, TX, she has served as a judge for the Texas Alliance for Minorities in Engineering state competitions. In 2015, 300 students completed an engineering design challenge.