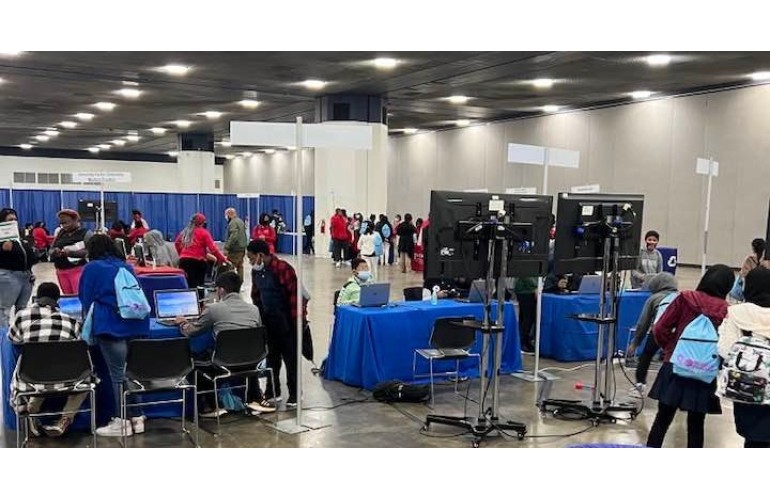 According to the National Science Board, broadening participation in the science, technology, engineering, and math (STEM) enterprise will lead to the expansion of STEM capabilities throughout the U.S. workforce and enhance the innovative capacity of the science and engineering (S&E) enterprise in the United States.

However, some demographic groups are represented to a lesser degree in STEM compared to the general population and may be seen as an underutilized source of talent for building the capacity of the S&E enterprise.

Held from October 6th through the 8th, the 27th annual Women of Color in Science, Technology, Engineering, and Math (STEM) Conference hosted a series of live virtual events at Huntington Place, Detroit’s gathering place for conventions, meetings, and special events.

“We provided box lunches and STEM activities to 1,800 middle and high school students who participated in the Women of Color in Technology STEM Conference in Detroit,” wrote Career Communications Group on Facebook. “Thanks to grants from General Motors and Bank of America And the personal money from Lydia W Thomas, Rodney C Adkins, Linda Gooden, and David Steward.”

2007 Black Engineer of the Year Rodney C. Adkins was senior vice president of IBM before retiring in 2014. Adkins was responsible for leading transformation across IBM and developing strategies linked to execution plans for a new era of computing, markets, and clients.

The 2006 BEYA Conference marked the event’s 20th anniversary. Joining the list of accomplished engineers and technologists who were inducted into the BEYA Alumni Association was retired Lockheed Martin executive Linda Gooden. She was Black Engineer of the Year for 2006.

David Steward won the 2012 Black Engineer of the Year Award. The World Wide Technology co-founder and chairman was recognized for career achievement, commitment to diversity, and philanthropic contributions.

Black or African American workers make up 12% of the U.S. working population but represent only 9% of STEM workers.