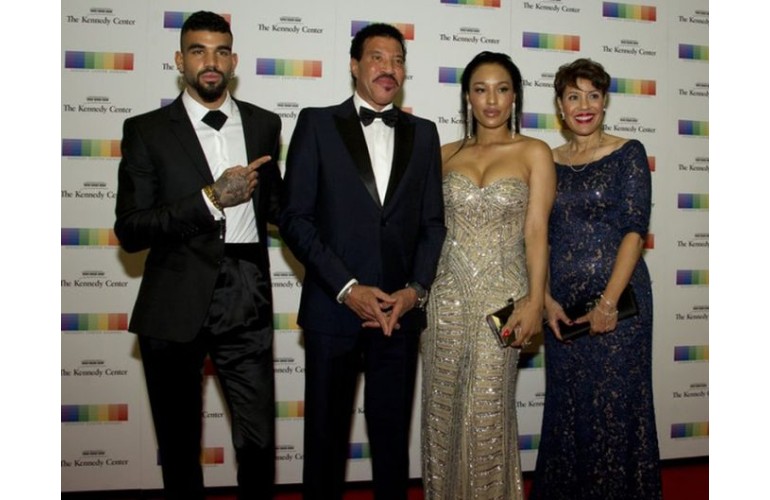 Lionel Richie, who graduated from Tuskegee University with an economics degree in 1974, was honored on Sunday, Dec. 3 by the John F. Kennedy Center for the Performing Arts.

The Tuskegee graduate has more than 100 million albums sold, an Oscar, a Golden Globe, five Grammy Awards, 16 American Music Awards, and the distinction of MusiCares Person of the Year in 2016. MusiCares provides support and community services to musicians in need of medical, personal & financial assistance.

Richie became influential within The Commodores due to his ability to write songs including, “Three Times A Lady”, “Stuck On You”, “Lady” featuring Kenny Rogers, “Still” and “Easy.” Commodores, singles that topped the charts include “Brick House”, “Just To Be Close To You”, “Too Hot Ta Trot” to list a few.

When Richie decided to pursue a solo career, he earned a string of top ten hits between 1981 and 1987, including nine #1 singles. The first was, “Endless Love”, a ballad that he wrote and sang as a duet with Diana Ross. Then came “Truly,” “All Night Long,” “Hello,” and “Say You (Say Me)” for which he won his Oscar and a Golden Globe. His 1986 “Dancing On The Ceiling” became a pop and R&B classic. He also co-wrote with Michael Jackson the Live-Aid tune “We Are The World.”

Born in Tuskegee Alabama, Richie lived in the original home of Booker T. Washington, situated on the campus of what is now Tuskegee University, previously The Tuskegee Institute and home of the Tuskegee Airmen.

According to his biography, Lionel’s grandmother, Adelaide Foster, a classical pianist, lived to be 102. His father, Lionel Richie Sr., was a military man, and Lionel’s mother, Alberta Richie, was an English teacher. During Lionel’s college years, he was walking across campus carrying a saxophone when members of a group called The Mystics approached Lionel and asked if he knew how to play. Lionel, knowing only a couple notes, said, “Yes!” Eventually, Lionel was invited to join the group which would later be renamed The Commodores.

One night, Skip Miller, then vice president of Motown, walked into a club and saw The Commodores perform on stage. Lionel, along with the rest of the group, was presented to Berry Gordy and given a record deal.

Richie is one of only two songwriters in history to achieve the honor of having No. 1 records for nine consecutive years. He has been honored with a star on the Hollywood Walk of Fame, a United Negro College Fund Achievement Award, induction into both the Songwriters Hall of Fame and Alabama Music Hall of Fame, and the National Academy of Recording Arts & Sciences’ Governors Award — just to name a few.

In 2010, Tuskegee University bestowed upon him an honorary doctorate of music degree.

Two years later, he re-worked some of his biggest hits as duets with country superstars such as Shania Twain, Kenny Rogers, Willie Nelson, Tim McGraw, Blake Shelton, Jason Aldean, Darius Rucker, and Little Big Town. The album was one of the biggest of his career reaching #1 on the Billboard Top 200 list and garnering huge critical acclaim.

“I realized that my songs perfectly translated to the country genre,” said Richie about the album. “I was born and raised in Tuskegee, Alabama. I am a country boy and proud of it. To do this project just felt natural.”

On the heels of the success of the Tuskegee album, in 2013 Lionel launched a global tour entitled “All The Hits, All Night Long”.

The 40th Annual Kennedy Center Honors Gala, held the following evening, was recorded for broadcast as a two-hour prime-time special to air on CBS on Tuesday, Dec. 26 at 9 pm. ET.”