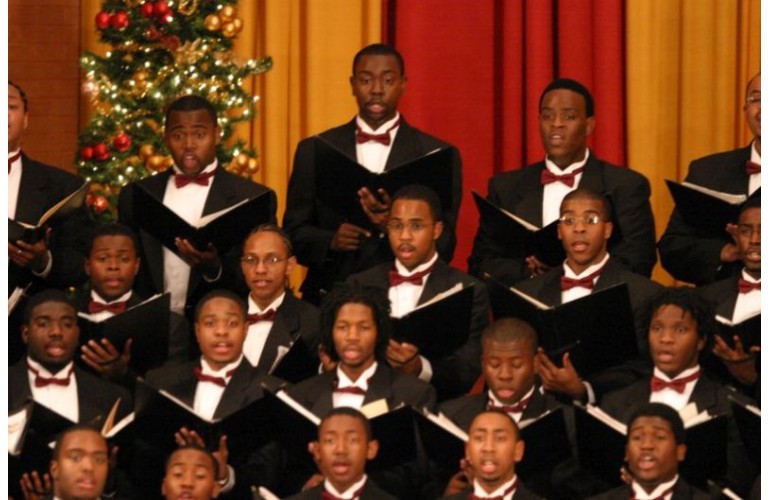 Tuskegee University’s annual Christmas Concert featured the musical talents of students and faculty. The event held recently in the University Chapel included the lighting of the Christmas trees. Admission was free, but donations of non-perishable food items were requested to support the “Raise Voices against Hunger” food drive.

The ”Raise Voices against Hunger” Campaign, which will support holiday food-distribution efforts through area food banks, represents a joint effort between the college, the Leadership and Excellence by Tuskegee University Students (LETUS) Academy, and the Golden Voices Concert Choir.

The concert also featured the Alabama debut of Dr. Simon Estes, an internationally recognized opera star, who made his operatic introduction in 1965 with the Deutsche Opera’s production of “Aida.”

Since winning the Bronze Medal in Moscow’s Tchaikovsky competition in 1966, he has performed with 84 of the major international opera companies and appeared regularly with 115 orchestras. He has been requested frequently to perform for the state and at events around the globe.

In addition to his operatic career, Estes serves as a professor at Iowa State University and at Wartburg College. In his master classes — across the country and around the world —Estes teaches not only music, but artistic and personal values as well.

The concert also serves as the opening event for the university’s 75th Professional Agriculture Workers Conference, which continued on campus through Dec. 6.

The Professional Agricultural Workers Conference is a forum committed to a world that values and promotes equal opportunity, and equitable access to information and technology for sustainable development of communities and natural resources.

The conference began in 1942 mainly with Tuskegee University and local and state support and participation. It is now national in scope including representatives from the national land-grant community, and from state, federal, private and community-based organization sectors.

Anyone who is associated with the agricultural industry, whether a farmer, government representative, land-grant college faculty or staff will want to attend to engage with others in the field and explore the latest developments in agriculture and outreach.