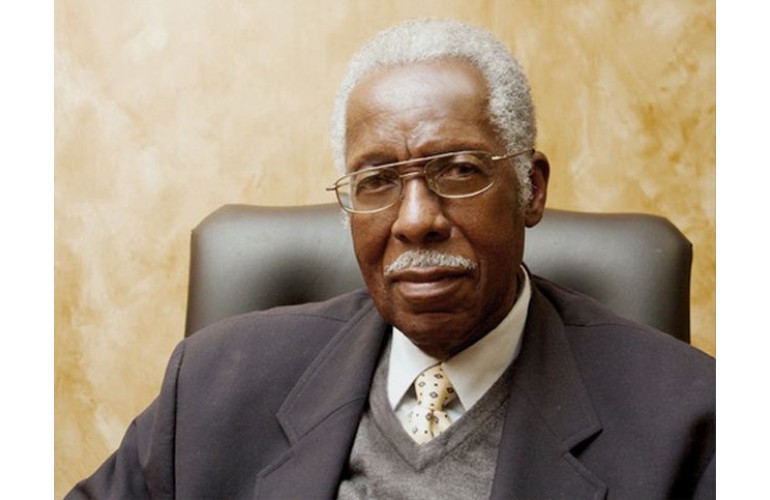 “The College of Veterinary Medicine is mourning the loss of a veterinary trailblazer, Professor Emeritus Dr. Saul T. Wilson, Jr. He has ended his earthly journey of love, commitment and dedication to Tuskegee University, but the impact he has made locally, nationally and globally is so significant, that his name will be forever remembered and noted in history as one of the greatest in veterinary medicine,” said Dr. Ruby L. Perry, dean of the College of Veterinary Medicine.

Wilson was a member of the first pre-veterinary medicine class at Tuskegee Institute (now Tuskegee University) and was among the second class of Tuskegee veterinary school graduates. He received his DVM degree in 1950.

After graduation, Wilson began his career with the United States Department of Agriculture as a field veterinarian, working on the Mexico-US Foot-and-Mouth Disease Eradication Commission.

After serving in the Army Veterinary Corps from 1952 to 1954, and earning his master’s degree in public health from the Harvard School of Public Health in 1955, Wilson returned to the Department of Agriculture.

In 1990, the USDA paid tribute to his efforts and designated the “Saul T. Wilson, Jr. Scholarship Program” to attract students from underrepresented groups in the Animal and Plant Health Inspection Service workforce to careers in veterinary medicine and biological sciences.

After retiring from the USDA, Wilson returned to his alma mater and served as a professor of epidemiology and director of the Center for Tropical Animal Health. He retired from Tuskegee University in 2015 but continued to serve in a consultant role. His actions have inspired veterinary students to practice public veterinary medicine.

Saul T. Wilson passed away on Feb. 1 after a brief illness.

The funeral arrangements are as follows:

He is survived by his daughter, Adrienne, a Tuskegee alumna,  two grandsons, one brother, one sister, and a host of other family members, friends, and colleagues. He was predeceased by his wife, Alva Marian.