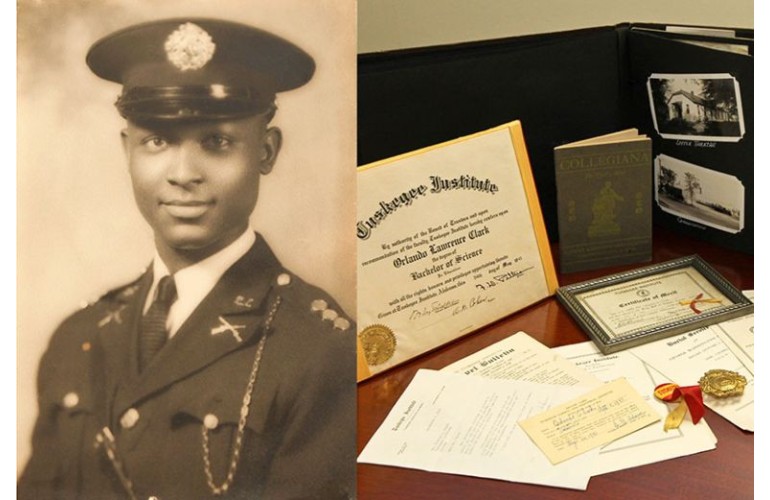 The donation will augment Tuskegee’s endowment and provide students with scholarships for generations to come.

Before earning a bachelor’s degree in education from then-Tuskegee Institute, Clark was a cadet in the Enlisted Reserve Corps (the precursor to the U.S. Army Reserve). He later attended Howard University, where he completed a medical degree in 1952.

Clark served in and eventually retired as a commissioned officer of the U.S. Public Health Service. After retirement, he was employed by San Francisco’s International Medical Center and later became the clinic’s medical director.

These academic-merit scholarships may be renewed for up to three years — four years for students studying in five-year programs. Preference for the awarding of at least one scholarship will be given to student-athletes majoring in one of these degree areas.

“Endowments are vitally important to Tuskegee’s future and allow donors to establish a lasting legacy,” said Dr. Charlotte P. Morris, Tuskegee University’s interim president. “We are extremely grateful to Dr. Clark for remembering Tuskegee in this significant and impactful way, and encourage more of our alumni to follow his example.”

Because they are invested and managed by the university — with only the generated interest income used for their designated purposes — endowments grow and provide permanent, self-sustaining sources of funding for Tuskegee into perpetuity. Endowment gifts can support a wide array of university priorities, including scholarships, faculty professorships, academic programs and campus facilities — each with opportunities for the endowment to be named in honor of the donor or someone of the donor’s choosing.

Clark’s estate gift also includes his collection of academic memorabilia during his time as a Tuskegee student and alumnus, as well as personal correspondence with family members, beginning with letters to and from his mother while he was a student. Those items will be curated by the Tuskegee University Archives.