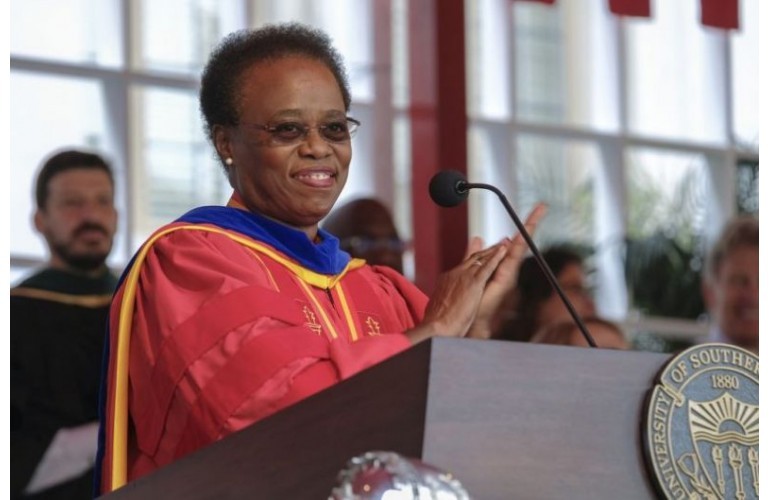 BEYA winners Dr. Wanda Austin and Dr. Calvin Mackie received accolades this weekend at the Phoenix Awards Dinner, one of the largest gatherings of African-American leaders, educators, and other influential people.

Each year, the Congressional Black Caucus (CBC) Foundation’s Phoenix Awards Dinner pays tribute to the legacy of extraordinary individuals who, through their efforts and accomplishments, have made significant contributions to American society.

At the dinner, Mackie and Austin received the CBC Chair’s Phoenix Award, ‘presented each year to individuals who exhibit the highest levels of dedication, ability, and creativity.’

Dr. Austin, an aeronautical engineer and the 2009 Black Engineer of the Year, worked at The Aerospace Corporation for more than 35 years. She served as president and CEO of the leading architect for national security programs from 2008 until her retirement in 2016. Since 2007, she has held an adjunct appointment at University of Southern California’s Viterbi School’s Department of Industrial and Systems Engineering. She serves as co-founder and CEO of a leadership and STEM consulting firm.

Dr. Mackie, a mechanical engineering professor,  has appeared before more than 500 corporate, educational and civic groups. Among his numerous honors, Mackie received the 2002 Black Engineer of the Year Award for College-level Education. He holds a 1996 patent for a safety mechanism that retrofits luggage stow bins on Boeing 735 and 757 airliners. Mackie founded a non-profit organization to inspire and engage communities in STEM. He continues in his role as president and CEO of an educational and professional development consulting company he co-founded in 1992.