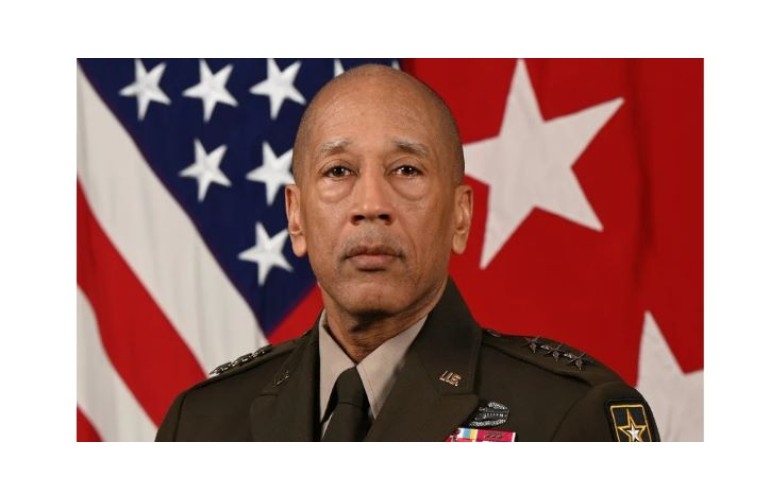 The United States Senate confirmed Lieutenant General Charles Hamilton on December 15 to be promoted to General. He will serve as the new commanding general of the U.S. Army Materiel Command, a homecoming for AMC’s former deputy chief of staff for logistics and operations, G-3.

The promotion announcement was first received by the Senate Armed Services Committee from President Biden on Dec. 7 and Lt. Gen. Hamilton’s appointment was confirmed by the Senate by voice vote on Thursday, Dec. 15.

Charles R. Hamilton enlisted in the U.S. Army from Houston, Texas. Upon completion of basic and individual training, he was assigned to Fort Hood, Texas. In 1988, he graduated from Officer Candidate School as the Distinguished Military Graduate and was commissioned as a second lieutenant in the Quartermaster Corps.

He earned a Bachelor of Science in Business Administration from Virginia State University, a master’s degree in public administration from Central Michigan University, and another master’s in military studies from Marine Corps University. He is also a graduate of the Senior Service College Fellowship – Secretary of Defense Corporate Fellows Program.

On three separate occasions Hamilton held commands in Afghanistan in support of Operation Enduring Freedom. In 2004, he was commander, Defense Logistics Agency Contingency Support Team-Afghanistan, and in 2010-11, he was commander, United States Forces-Afghanistan Support South/Southwest. During his most recent tour, in 2013-2014, he was the commander of the 101st Sustainment Brigade, 101st Airborne Division.