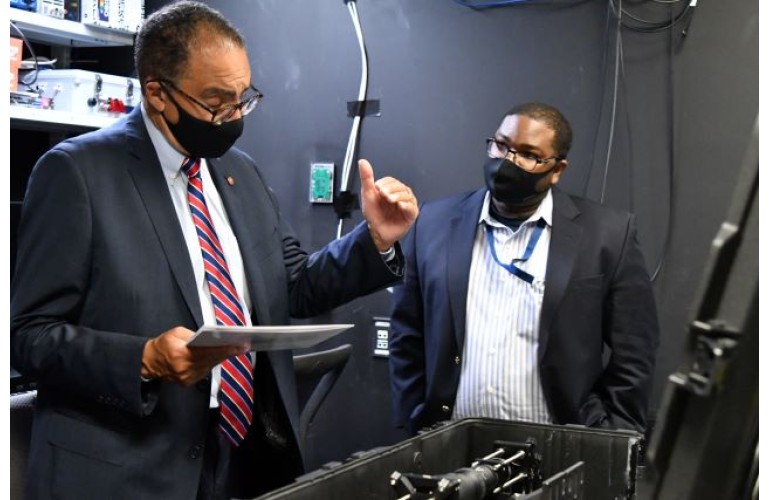 The University of the District of Columbia (UDC) announced this week that their Bachelor of Science program in Biomedical Engineering is the first among historically Black colleges and universities (HBCUs) to receive accreditation from the Accreditation Board for Engineering and Technology (ABET).

Biomedical engineering applies engineering principles and design concepts to solve medical-related problems that affect the human quality of life. In addition to earning an ABET-accredited degree, UDC’s biomedical engineering students benefit from a unique and advantageous ecosystem, including access to several world-renowned biomedical institutes near the university as they ultimately pursue professional careers in this growing field.

Located in Dahlgren, Virginia, the division provides the military with the development and integration of warfare systems for the warfighter, warfighting, and the future fleet.

According to the press release, the guests toured the Dahlgren facilities, including the Human Systems Integration and Directed Energy labs.

Currently, UDC is not a Naval Surface Warfare Center Dahlgren Division partner, but both parties hope to change that in the future.