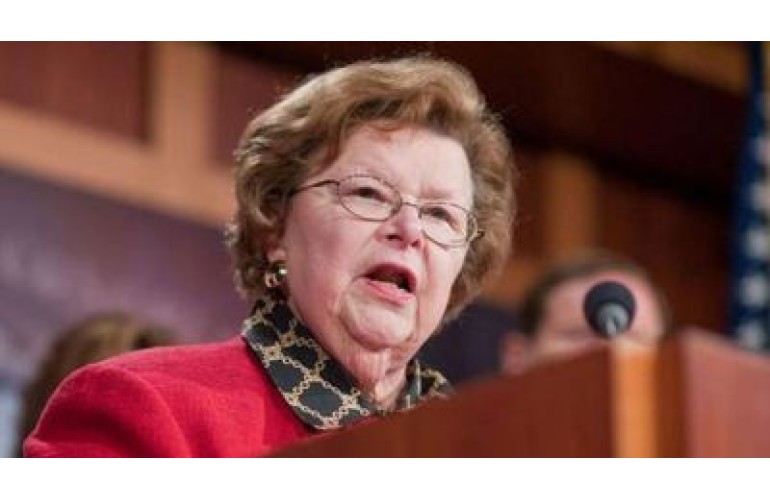 For as long as she has been in politics, Maryland Senator Barbara A. Mikulski has described herself as a fighter. She may be short, but everyone who has watched her work in politics takes that as more than more trash talk.

Mikulski, who recently announced plans to retire from the Senate when her fifth term ends in 2016, has maintained her fighter’s stance and grassroots sensibility through more than four decades in politics.

She was raised in East Baltimore, when she says she learned the values of “hard work, neighbor helping neighbor and heartfelt patriotism.” Her father ran a family grocery store that opened early to serve steelworkers on their way to the morning shift.

A former social worker, Mikulski was elected to the Baltimore City Council in 1971, where she served for five years. In 1976, she ran won a seat in the House of Representatives where she served for decade. She won a Senate seat in 1986, becoming the first Democratic woman Senator elected in her own right. After that reelection became an exercise in landslides: in 1992, 1998, 2004 and 2010.

In late 2012, Mikulski became the first Marylander and the first woman to chair the Senate Appropriations Committee. There she has worked to bolster higher education funding and to expand access to careers in science, technology, engineering and math. U.S. Black Engineer and Information Technology recently interviewed her about her about those efforts. The conversation follows here:

USBE&IT: Women have become the nation’s top achievers academically, getting better grades and graduating from college at a higher clip than men. Why has that success not carried over to the STEM fields?

Sen. Mikulski: STEM fields are prestigious, profitable and thought-provoking. Yet women and minorities continue to be under-represented in STEM education, from the professors at the blackboard to the students sitting at the desks. Every student, regardless of background, deserves a chance to excel in those fields. That’s why I’ve fought to increase STEM education at the high school level and make higher education more affordable for aspiring STEM teachers through grants and loan forgiveness. In order for America to out-build and out-innovate the rest of the world, we must first out-educate.

USBE&IT: What can government do to foster some of that necessary change? Why is this issue important to you and the country?

Sen. Mikulski: Our nation is in an amazing race – the race for discovery and new knowledge, the race to remain competitive. Students with STEM backgrounds are in demand today, so they can fill the jobs of tomorrow. I’m fighting to put funds in the federal checkbook to support STEM education in classrooms across Maryland. If America is going to be more competitive, we must focus on funding and policies to develop new technologies that lead to new products and industries that create new jobs. Through smart investments educating our students in STEM fields, we will keep our state and our nation a super power in the global economy with a super educated workforce.

USBE&IT: What are some of your priorities when it comes to addressing this issue?

Sen. Mikulski: Investments in STEM education are investments in the future success of our nation. I am committed to protecting and growing STEM education and the pipeline of qualified teachers. I have fought to increase access to affordable college education by increasing Pell Grants and federal Work Study programs. And I have worked to encourage students to stick with STEM education, supporting summer learning programs and public private partnerships that combine our unique federal assets and dynamic private sector with Maryland’s leading educational institutions. We must show that STEM education isn’t only fun, it’s the key to a good job and a promising future.

USBE&IT: Looking back at your own trailblazing career, who and what would you point to as your biggest inspirations?

Sen. Mikulski: When I was a little girl my mother and father took me to go see a movie about the brilliant Polish scientist Madame Curie. I came out and was so inspired I wanted to be just like her. I begged my parents to buy me a chemistry set. I wanted to go on and be a scientist and win a Nobel Prize. I had hoped to have a career in science, but it was not meant to be. I am good at understanding science, but I’m not very good at doing science. So I shifted my career to social science, to social work and to government.

Now, as the Vice Chairwoman of the Senate Appropriations Committee, I get to support science, research and innovation by putting funds in the federal checkbook. Maryland and the United States are home to some of the great, iconic scientific institutions of the world. From NASA, developing cutting-edge technologies and pushing the boundaries of scientific exploration. To NOAA and the National Weather Service, forecasting extreme weather protecting lives and livelihoods. And the National Institutes of Health, developing new cures and treatments for diseases like Alzheimer’s that afflicted my father.

USBE&IT: Do you think your example has helped the women who have followed you to the Senate, or even inspired women to enter politics in the first place?

Sen. Mikulski: When I came to the Senate, I was the only Democratic woman. I was the first elected in her own right. Though I was the first, I didn’t want to be the only. I’m so excited that there are now 20 women in the U.S. Senate. But I want 20 more.‎