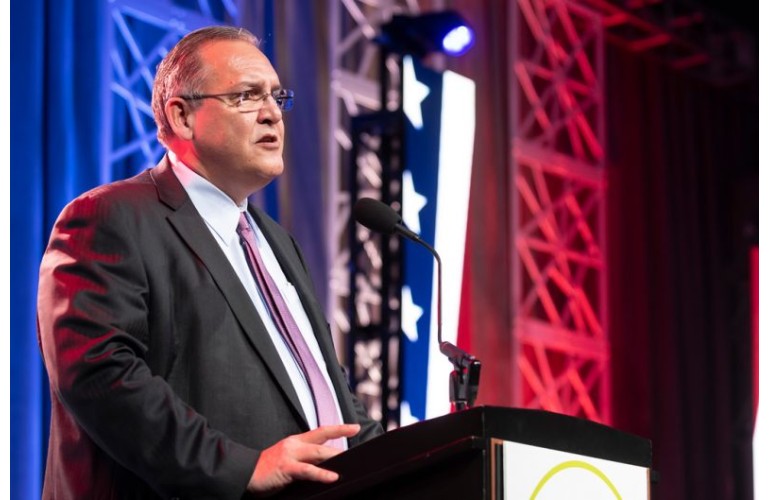 According to the press release issued by Raytheon, a leading defense company, and United Technologies, a leading aerospace company, comprised of Collins Aerospace and Pratt & Whitney, the merger is expected to close in the first half of 2020 and the combined company will be named Raytheon Technologies Corporation.

The combined companies will have seven technology Centers of Excellence, and over 60,000 engineers with a strong performance-based culture focused on innovation, diversity, and corporate social responsibility. Employees will have expanded opportunities for career development, as well as ongoing engagement in local communities.

“Today is an exciting and transformational day for our companies and one that brings with it a tremendous opportunity for our future success,” said Tom Kennedy, Raytheon Chairman and CEO in a statement. Kennedy presented several awards to Raytheon scientists and engineers at the 2019 BEYA STEM Conference in February. “Raytheon Technologies will continue a legacy of innovation with an expanded aerospace and defense portfolio supported by the world’s most dedicated workforce,” he added.

“The combination of United Technologies and Raytheon will define the future of aerospace and defense,” said Greg Hayes, United Technologies Chairman and CEO, seen speaking at the 2019 BEYA Stars and Stripes event, which features active duty, reserve  and guard award winners from the Air Force, Army, Coast Guard, Marine Corps, and Navy, and members of the federal Senior Executive Service (SES).

“Our two companies have iconic brands that share a long history of innovation, customer focus and proven execution,” Hayes said in a statement. “By joining forces, we will have unsurpassed technology and expanded R&D capabilities that will allow us to invest through business cycles and address our customers’ highest priorities.”

The combination excludes Otis and Carrier, which are expected to be separated from United Technologies in the first half of 2020. The transaction will create a systems provider with advanced technologies to address rapidly growing segments within aerospace and defense.

The combined company’s Board of Directors will be comprised of 15 members, consisting of 8 directors from United Technologies and seven from Raytheon, with the lead director from Raytheon. Tom Kennedy will be appointed Executive Chairman and Greg Hayes will be named CEO of Raytheon Technologies. Two years following the close of the transaction, Hayes will assume the role of Chairman and CEO.