US Army shares Landmark Video on the 2020 BEYA Experience 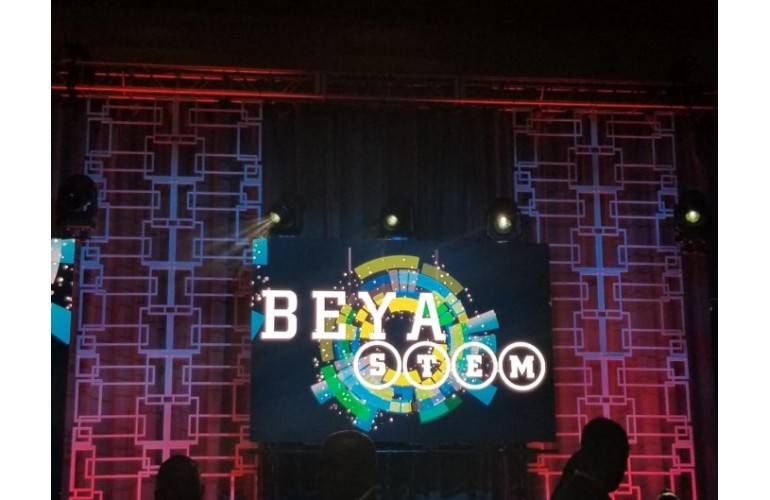 When the iconic doors slide open, the two-and-half minute video zooms into a panoramic view of the Marriott Wardman Park Hotel, site of the 34th Annual BEYA Conference.

She said one of the great things about BEYA is the number of people that attend. Jones called BEYA an opportunity to be with people who have made history. She said inclusion in action at the conference means skills, experiences, coaches, and mentors, ensuring people are included.

“We maximize the talents of all,” said Marshall M. Williams from a BEYA podium. As principal deputy assistant secretary of the Army responsible for Manpower & Reserve Affairs, Williams spoke on plans to attract and hire talent. “We will win against our enemies by having the right people, with the right skills, in the right place, at the right time,” he said to applause. Take a listen here.

At the BEYA Stars and Stripes Dinner, which honors the service of black Americans in the United States military, Gen. Joseph M. Martin, the 37th Vice Chief of Staff of the Army, is pictured speaking at the event.

During the final awards gala, the Honorable Ryan D. McCarthy, 24th Secretary of the U.S. Army, and Gen. James C. McConville, 40th Chief of the U.S. Army presented the 2020 Black Engineer of the Year Award to Lt. Gen. Bruce T. Crawford, Army Chief Information Officer. Crawford was honored for his outstanding efforts to mentor the next generation of American scientists, technologists, and engineers.

According to the rolling credits, U.S. Army agencies at BEYA engaged with 433 candidates at the STEM Job Fair and received resumes from each. The agencies conducted a total of 104 interviews, made 51 tentative job offers, and offered 65 interest letters for second interviews.

“We  need a background in science, technology, engineering, and math,” urged Williams. “We need smart people here and remember you don’t have to wear a uniform. We have 300,000 civilians who serve in the United States Army.” Click here to watch.