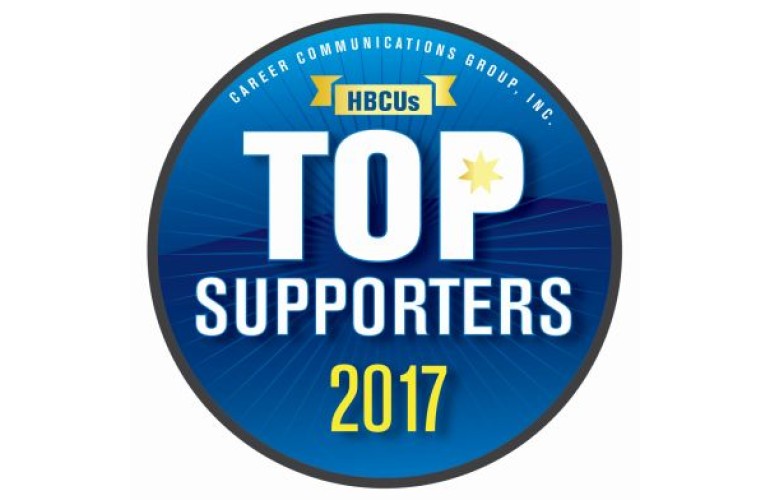 US Black Engineer and Information Technology (USBE) magazine has released the 2017 list of top supporters of historically black college and university (HBCU) engineering.

Each year, USBE surveys the deans of the 15 ABET-accredited HBCU engineering programs, and the corporate-academic alliance Advancing Minorities’ Interest in Engineering (AMIE), for the annual “Top Supporters of HBCU Engineering Schools” list.

Representing just 2.3 percent of all colleges and universities in the United States, HBCUs are a source of pride and accomplishment for the African American community as well as the entire nation. According to Veronica Nelson, who was appointed executive director of AMIE in March 2017, HBCUs are a rich resource for talent in science, technology, engineering, and math (STEM).

“They currently produce 30 percent of all African American engineers in the country and they provide high-quality graduates who are prepared to produce innovative solutions for the most challenging problems,” she said.

The Top Supporters survey asks HBCU Engineering deans to list corporate and government/non-profit organizations that provide the most support to their schools. In completing the survey, the institutions consider the following factors: support for infrastructure modernization and enhancement, research and mentoring projects, participation on advisory councils, faculty development, scholarships, student projects, stipends, co-ops, and career opportunities.

Based on the results of this survey, employers and agencies are recognized by USBE Magazine for having gone above and beyond to meet presidential executive orders. In 1980, President Jimmy Carter signed an Executive Order, which established a federal program “… to overcome the effects of discriminatory treatment and to strengthen and expand the capacity of historically black colleges and universities to provide quality education.”

Commenting on the Top Supporters survey, Tyrone D. Taborn, publisher and chief content officer of US Black Engineer & Information Technology magazine says, “We are consistently finding organizations that are doing more than their share in building the STEM pipeline.”

“There is a critical need to increase the number of students pursuing degrees in STEM in the United States,” said Ms. Nelson.  “HBCUs play a key role in generating the knowledge, innovation and diverse talent required to grow our businesses and maintain/increase our global competitiveness,” she said.

To mark the 15th year of USBE Magazine’s Top Supporters survey, supporters have been ranked in five hierarchies based on the number of survey mentions since 2003. For 2017, there are 394 employers in USBE’s All-Time Top Supporter ranking system, which features five tiers based on how many times the organization has appeared on the list:  Diamond (14 annual appearances), Platinum (13-9), Gold (8-6), Silver (5-3), and Bronze (2-1).

AMIE is a non-profit organization that builds alliances and expands partnerships with corporations and institutions to provide opportunities in engineering. AMIE acts a catalyst, promoter, and facilitator to attract and recruit historically underrepresented minorities to pursue a career in engineering.