US Marine with a storied history is promoted to Brigadier General 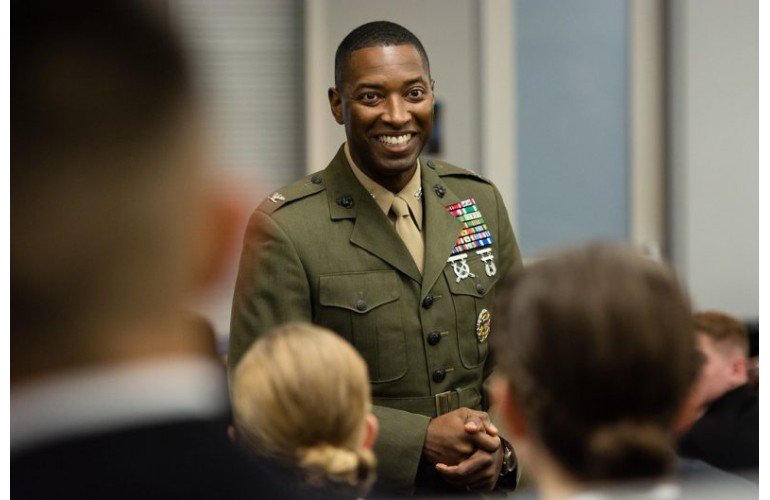 Colonel Ahmed T. Williamson, the military assistant to the assistant commandant of the United States Marine Corps, has been tapped as a brigadier general. Williamson was commissioned into the Marine Corps as a graduate of the Naval Academy class of 1994.

A grandson of Master Chief Melvin Williams and the nephew of Vice Admiral Melvin Williams Jr., Williamson has performed duties in several different capacities and traveled around the world, participating in combat operations, contingency missions, and myriad training exercises. He completed a successful assignment as the Commanding Officer of the Marine Corps Officer Candidates School (OCS) in Quantico, Virginia.