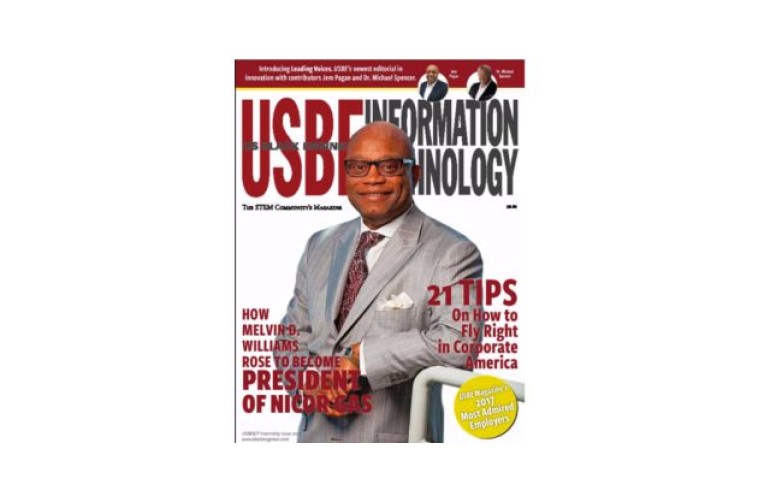 The cover story features Melvin D. Williams and his rise to President of NICOR Gas, an energy company based in Naperville, Illinois.

Other highlights in the 2017 Internship issue of USBE Magazine include: