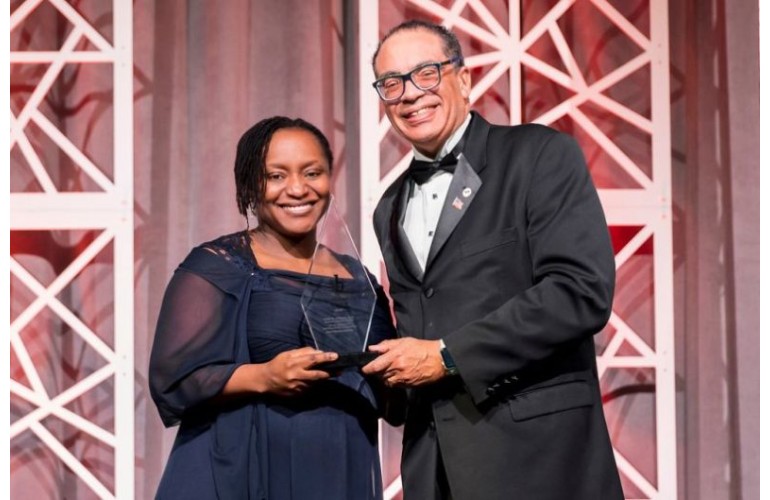 The presenter of the Most Promising Scientist Award at the BEYA 2019 Conference was Dr. Victor R. McCrary, vice president for research and graduate programs at the University of the District of Columbia. He’s responsible for the growth, direction, and oversight of the university’s research enterprise. McCrary held similar positions at the Johns Hopkins University Applied Physics Laboratory, Morgan State University, and most recently the University of Tennessee.

Vimbai Chikwana received an undergraduate degree in biochemistry from the University of Zimbabwe. She went on to earn a Ph.D. from the department of chemistry at Portland State University in Oregon. Her early training included mammalian metabolic disease pathways and cancer cell resistance mechanism to chemotherapeutic agents.

In 2014, Dr. Chikwana joined Dow AgroSciences, now known as Corteva Agriscience, with postdoctoral experience in structural biology. She has used her training to make valuable contributions to Corteva, agricultural science, and the community. She supports STEM initiatives and mentors early-career scientists.

“I grew up in Zimbabwe with limited offering for girls who enjoyed science,” Dr. Chikwana said. With few opportunities available to perform research in high school and no access to real-life scientists, she joined a laboratory so she could apply to medical school.

“The experience was so transformational it diverted me from my original plan, and I decided to become a scientist,” she said. “As a scientist, one needs to have the constant hunger to learn, to never stop asking questions and to always be persistent.”

Chikwana is now focused on agriculture, contributing to gene discovery and the development of insect control and herbicide tolerance. Her leadership has provided direction resulting in the advancement of multiple projects, in turn producing invention disclosures, patent applications, and promising new biotechnologies. She has also led projects investigating the attributes of uncharacterized novel proteins and subjects related to agricultural loss prevention due to insects.

For her work in breaking barriers, Chikwana received the Dow Platinum Award. The prestigious award is given only to leaders with long-term impact across business and workgroups.