So, You Want to Be A Car Designer? 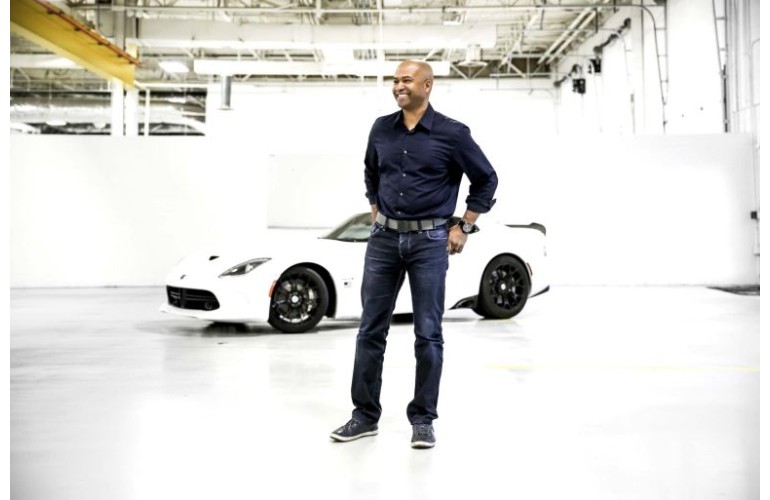 How Ralph Gilles started out in car design and everything you need to know.

There are about 4,000 FCA North American engineers  in Michigan, with a small group of automobile designers.

Car design is a competitive field, says Ralph Gilles, global head of design at FCA. “There’s a huge artistic to it. We don’t talk about the STEAM part of STEM enough.”

“Skills for art and design can be difficult to mine,” Gilles noted. “It’s important to understand early on whether you have a natural affinity.” Are you inclined to draw cars and products?” he asked.

Pathway to a design career

Gilles’s pathway to a design career is the stuff of dreams. Passionate about cars since the age of 6, young Ralph was drawing cars by the age of 8. At about 14, Gilles’s aunt, Gisele Mouscardy, noticed his talent at sketching cars and wrote former Chrysler chairman Lee Iacocca, telling him of her nephew.

A reply came from Neil Walling, Chrysler’s design chief at the time, suggesting Gilles attend a design school. Gilles graduated in 1992 with a Bachelor of Fine Arts in Industrial Design from the College for Creative Studies in Detroit.

During the first five years of his career, Gilles recalls starting out everything with a sketch.

“Everything in my head was put in drawing,” he said. “You’re literally sketching out concepts in real time, showing them to your superiors and to your teams.”

If the idea looked interesting, it went to the next level— three-dimensional design. Nine years into his career, Gilles designed the Chrysler 300 in 2001. First shown at the 2003 New York Auto Show as a concept car, the 300C was sold in Europe and Australia and Japan. In the USA, the 300C “blinged” in music videos.

Legend has it that Snoop Dogg called, Dieter Zetsche, then CEO of Chrysler, asking for his own 300C. Snoop later appeared in a commercial for the car alongside Lee Iacocca. The car was so popular in many hip-hop music videos; the 300C was ranked #12 in “The 25 Most Iconic Hip-Hop Cars” list on Complex dot com. The 300C also won the North American Car of the Year and Canadian Car of the Year Best New Luxury Car awards.

Reflecting on the vehicle’s success in 2008, Gilles said that the “300 turned out to be an icon for Chrysler.” More recently, Gilles led the design team who created the 2014 SRT Viper. Gilles was appointed head of design, FCA – Global in April 2015.

Gilles stresses people skills, math and engineering as a language of communication, deep understanding of the automobile customer, an appreciation of the business, goal setting and goal alignments.

Design loops or design clinics for a product can run from a year to 18 months with teams spread across North America, Italy, and others parts of Europe.

“There’s enthusiasm for the brand and for projects,” Gilles said, “but the computer science piece has been a barrier remover.”

Computer science: Integration, or extreme computer science as Gilles calls it, is becoming the most important system of the car. “Autonomous cars are all about computers talking to each other, processing power, and human skills,” he said.

As FCA hires from product schools around the country it’s also making some of its own advanced computers available to students to sketch their designs. Although industrial design is a huge field with many job opportunities, design classes are still comparatively small. There were only 13 people in Gilles’s class at Detroit’s College for Creative Studies in Detroit in 1992. Today the numbers are slightly bigger at 25 students a year, with a total of 100 statewide.

Diversity: At FCA, 25 percent of designers are female, mainly in animation, designing the pages behind the touch screens of your car. Of the designers in Gilles’s office a handful are in color and trim, the people who decide textiles, molding, and in-car interfaces and technologies.

“Worldwide we have about 1000 people in design, a very diverse functional part,” Gilles said, “but we would like the company to look more like our society.”

Mentoring: Gilles does a lot of mentoring and asks his co-workers to do the same.“One thing I say to young people is seek out mentors right away, it’s extremely important a.s.a.p.,” he said.

At his alma mater, The College for Creative Studies (CCS) in Detroit, Gilles is a member of the CCS Board of Trustees and the CCS Capital Committee. Gilles serves on the board of the Michigan Design Council  and an executive sponsor of the Chrysler African American Network, in addition to a supporting role with The Chrysler Global Diversity Council.

Automobile interests: An avid car enthusiast, he enjoys spending time at the track, go-karting and watching Formula 1 auto racing. Gilles has taken part in the Targa Newfoundland Rally, the Car and Driver One Lap of America and the SRT Viper Cup Series. He often served as a judge at various Concours d’Elegance events across the country including Pebble Beach, the Inn at St. John and Cranbrook, along with the Eyes On Design car show.

Gilles can’t talk about what’s next from FCA, but he’s aware of just how much acceleration is happening in infotainment and electronics around the world.

“There’s a lot of excitement about the future, dreaming about what we’re capable of, the way things will be 10 years out, but companies have to do it at prices consumers can afford,” Gilles explained.

Typically the auto industry has cycles of five to six years, where platforms survive much the same as airplane platforms. Cars are designed three, sometimes six years in advance with design loops or design clinics incubating for six to 18 months within the cycle.

“We’re trying to be more nimble and more relevant year to year, but you don’t buy a car and switch it out after two years like you do a cellphone,” he said.

I want to use my GI Bill at ASU Poly AZ
To design flying cars. UBER is already working on it.
Like Hannah-Barbera The Jetsons

Do I take auto mechanics and aviation?