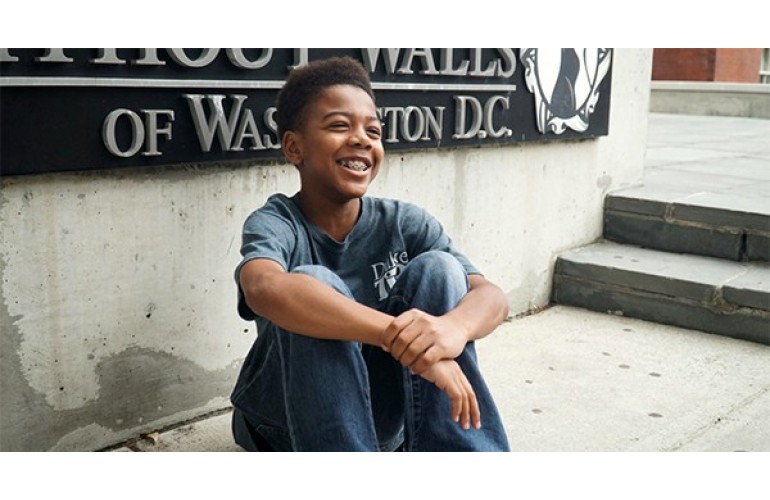 Curtis Lawrence III has committed to Florida A&M University, the historically Black college and university (HBCU) announced last week. The 16-year-old high school senior has been offered more than $1.6 million in scholarships and was accepted to at least five other HBCUs, as well as Ivy League schools, and predominantly white institutions (PWIs).

“I started off thinking about what schools had good biology programs. I started off looking at HBCUs because I wanted to have the HBCU experience to be surrounded by the people, who are just like me, not only Black but academically talented,” said Lawrence on FOX 5 DC (Photo courtesy of Black News). “In the fall, I will be double-majoring in biology and computer science and taking my talents to Florida Agricultural & Mechanical University.”

His mother Malene said they have been supporting Lawrence in his plans and college preparations since he was in 7th grade. “We’ve taught them from an early age that education is key to opening up the opportunities and having access to things that they want to live,” his father Curtis said.

Last fall, Hudson visited Lawrence in his high school at George Washington University. Lawrence is one of four seniors from the school who plan to enroll at FAMU this fall.

“FAMU is fortunate to have students of the caliber of Curtis Lawrence III confirming attendance,” Hudson said in a statement. “We always seek the best and brightest talent. We pride ourselves in producing successful students who meet the global workforce needs. I am actively engaging with Corey Lawrence to follow in his brother’s footsteps. I look forward to welcoming the Lawrence family to the Rattler FAMUly.”

“Our rankings reflect the University’s commitment to student success and our motto, “Excellence with Caring,”’ said President Robinson earlier this year. “Rankings are important barometers, but it is impossible to measure the hard work of everyone on our team and the impacts of our students throughout their careers,” he stated.

Among the Top 10 HBCUs, FAMU is tied for 7th, behind private schools, Spelman, Howard, Xavier (Louisiana), Tuskegee, Morehouse, and Hampton University. In the HBCU category, FAMU is tied as the top public HBCU.