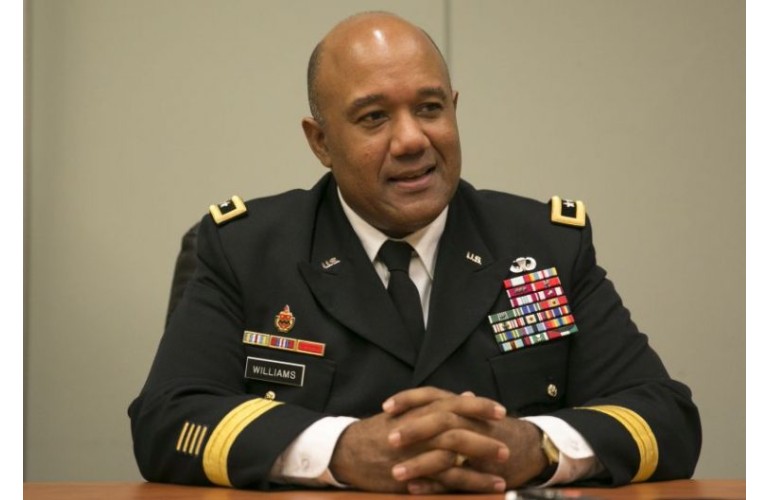 Thirty-five years after he graduated from the United States Military Academy, Lieutenant Gen. Darryl A. Williams (seen in this archive photo taken before his promotion to three-star general) returns to West Point as the 60th Superintendent.

Williams will be installed Monday July 2nd, the Academy announced Friday in a news release.

The first black superintendent in West Point’s 216 -year history, Williams graduated from the U. S. Military Academy in 1983.

The Academy was founded in 1802 as America’s first college of engineering and continues as the premier leader-development institution, consistently ranked among top colleges in the country.

Its mission is to educate, train, and inspire the Corps of Cadets so that each graduate is a commissioned leader of character committed to the values of ‘Duty, Honor, Country’ and prepared for a career of professional excellence and service to the nation as an officer in the U. S. Army.