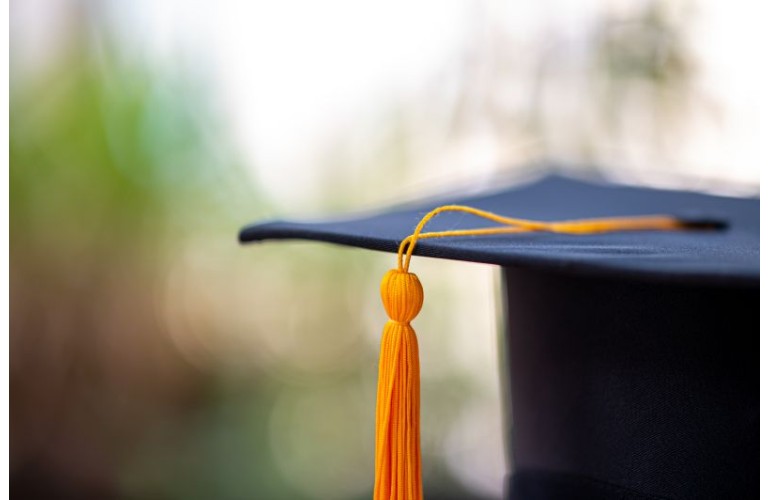 Almost all the historically Black colleges and universities with ABET-accredited schools have received gifts from Mackenzie Scott since the author and philanthropist began making donations to organizations and leaders driving change. Here, we look at what some of them plan to do with the “tremendous” donations that, for many, were the largest single gift in their history.

HBCUs produce 30 percent of all African American scientists, technologists, engineers, and mathematicians in the United States.

“This pure act of benevolence is clearly a game-changer and it could not have come at a better time,” said Hampton University President Dr. William R. Harvey, seen with keynote speaker Katherine G. Johnson at commencement 2017. “I speak for the entire Hampton University community when I say we are grateful to Ms. MacKenzie Scott, who has chosen to support us during this unprecedented period of uncertainty.”

Dr. Harvey has reportedly consulted with members of the Board of Trustees, deans, and administrators to review plans for allocating the generous donation.

Among the options for funding is the Hampton University Proton Therapy Institute, where lives are saved daily from the devastating effects of cancer; new student scholarships geared to assist high school stude

nts who have demonstrated strong character and a yearning for higher education; and further support of the university’s technological advances and upgrades to scientific laboratories campus-wide and more.

“We plan to immediately put this eight-figure gift to good use to support components of our 5-year strategic plan to help students graduate on time, retain our talented faculty, enhance our campus infrastructure and support academic innovation and entrepreneurship,” said President Wayne A. I. Frederick.

“This monumental gift will change lives and shape futures. I thank Ms. Scott for her due diligence and acknowledgment of the substantive value Morgan offers to so many throughout this nation and around the world, and entrusting that we will ensure the enduring impact of her generosity is truly transformational for many years to come,” said President David Wilson.

“Endowment gifts have a strong and lasting influence and build institutional capacity in the most fundamental and sustainable way,” added Donna Howard, vice president for Institutional Advancement. “The impact of Ms. Scott’s gift will reverberate profoundly into the future as we prepare the next generations of leaders and scholars in the arts and sciences.

President Javaune Adams-Gaston said the ‘tremendous donation’ advances the mission of NSU in support of access, student achievement, and academic excellence. “We are pleased to receive this level of support for transforming the curious thoughts of our students into the brightest minds of our world,” she said.

Norfolk State was identified as an institution that has “…strong leadership teams and results, with special attention to those operating in communities facing high projected food insecurity, high measures of racial inequity, high local poverty rates, and low access to philanthropic capital…”

Student Success programs that promote the enrollment, retention, and timely graduation of students, as well as direct support for students in financial need.
Preparation for the Workplace focusing on developing workplace-ready skills that enhance graduates’ success in first-destination jobs and advancement over the course of their careers.
Civic Responsibility and Engagement devoted to expanding initiatives that encourage students to give back to their communities, engage in the broader world, and assume a mantle of leadership as graduates.
Academic Programs that have already positioned the university to make significant contributions in professions in science, technology, engineering, and math (STEM), humanities, business, health, education, and agriculture.

“We are deeply grateful to MacKenzie Scott for this vivid illustration of faith in our university and its historic and abiding commitment to academic excellence and to the African American community,” said Chancellor Harold L. Martin Sr. “Her singular generosity stands out among the many investments in our university this year as one that will play a transformative role in the potential of A&T, serving Aggies far into the future.”

“This gift comes at an opportune time for us,” said President Lily D. McNair. “We are about to launch a five-year strategic planning effort and, with this investment from Ms. Scott, we will be able to unfold the next phase of our mission in ways we simply could not have considered before.”

“We will focus on student scholarships, faculty and curriculum development, interdisciplinary programs, and campus infrastructure improvements. The gift will allow us to become the Tuskegee of the 21st century – a university that integrates knowledge, leadership, and service to solve the problems of a global, modern society,” McNair said.

The University of Maryland at Eastern Shore  ($20 million)

UMES says President Heidi M. Anderson will use the funds to make strategic investments to benefit students short- and long-term. Among UMES’s top priorities is financial assistance for students, many of whom are challenged in finding ways to pay for their college education.

“Ms. Scott’s legacy and generosity will touch the lives of Virginia State University students for years to come,” says VSU President, Dr. Makola M. Abdullah. “Thanks to her investment in VSU, a generation of students who are living through the challenges of a pandemic, a social justice movement, and reduced scholarship funding will have additional resources as they continue to pursue their dreams of a world-class education at Virginia State University.”

Prairie View A&M University administrators chose to designate $10 million of the $50 million total to create the Panther Success Grant Program, an effort to assist juniors and seniors with unpaid balances created by the financial challenges posed by Covid-19. Those funds remain designated for financial aid and will continue to be disbursed to students over the next several years, supplementing other forms of financial aid.

With this substantial addition of funds, the university’s $95 million endowment will increase to almost $130 million, making it one of the largest endowments at a Historically Black College or University.

While many at the university were surprised by the source and amount of the gift, President Ruth Simmons is said to have been in communication with the donor about a matter not involving Prairie View. But over the course of those communications, the donor gave no hint that she was considering a gift to Prairie View until an unexpected telephone call from an assistant revealed this intention.

“I was stunned and, for a time, speechless,” said Simmons. “At first I thought I had surely misheard the amount, and I asked them to repeat it; they clarified that it would be ‘$50 (five-zero) million.’”