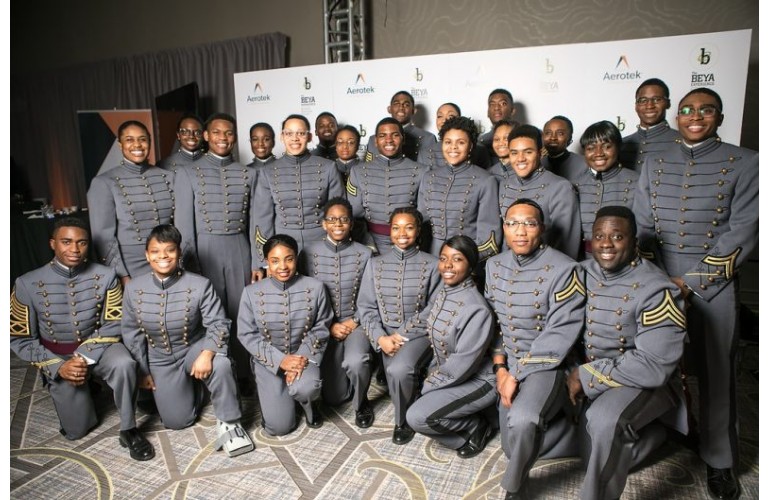 “The Long Gray Line” is a familiar sight at the BEYA Conference. Graduates and cadets of the United States Military Academy at West Point have been coming to the science, technology, engineering, and math (STEM) event for more than thirty years.

This spring, the academy graduated its highest number of black women. BEYA looks forward to welcoming new candidates from the incoming class to its STEM conference in February 2020.

On Monday, July 1st, the Class of 2023 reported for duty on ‘R-Day’ or reception day. Cadet Basic Training includes lessons in marching, military courtesy, and discipline.

According to news wires, the cadet class, which include 285 women and 400 minorities, will be formally accepted into the Corps of Cadets at the end of the six-week training in August.

The program, which ran from June 3-7, offered students in the 8th and 9th grade the opportunity to participate in hands-on STEM activities taught by West Point Academy faculty and cadet mentors.

More than thirty years after he graduated from the United States Military Academy, Lt. Gen. Darryl Williams (seen in this photo taken before his promotion to three-star general) returned as the Superintendent.

Williams was installed Monday, July 2nd, 2018. He is the first black superintendent in history. Williams graduated from the U. S. Military Academy in 1983.

So many college graduation stories made headline news in 2019 and so many photos and videos went viral.

At West Point, 34 black female cadets were part of the most diverse class in the service academy’s history.