Where Are They Now? Black Engineers of the Year 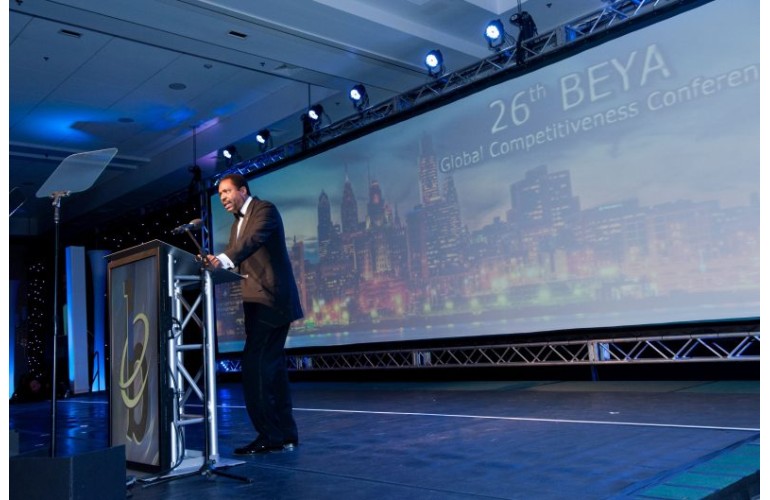 2012 Black Engineer of the Year David L. Steward is the co-founder and chairman of World Wide Technology, Inc., (WWT), a technology solution provider with $10.4 billion in annual revenue and more than 5,000 employees.

“Dave Steward personifies the highest standards of character and ingenuity,” said Norma Clayton, former vice president at The Boeing Company. “His focus has not been on a single engineering discipline or industry, but rather on enabling his employees and an entire community to rise with the tide.”

Steward made a $1 million donation to the National Museum of the United States Army. His gift sponsored the museum’s “Reflecting and Changing the Face of America Exhibit,” part of the Army and Society gallery, telling the story of integration in the U.S. Army.

“I’m incredibly honored to have been selected for this prestigious award,” said Steward. “To win the top BEYA is not only a personal achievement but a tremendous tribute to WWT’s longstanding commitment to the core principles of innovation, diversity, and community championed by BEYA since its inception.”

WWT has grown from a small start-up business in 1990 to one of the largest minority-owned companies in the United States.

An outstanding civic leader in the St. Louis, Missouri area, Steward has served as chairman of the Board of Directors for the United Way of Greater St. Louis.

Steward’s commitment to community involvement and diversity has carried over to the corporate culture at WWT.

Great Place to Work and FORTUNE have honored World Wide Technology (WWT) as one of the 2019 Best Workplaces in Technology.