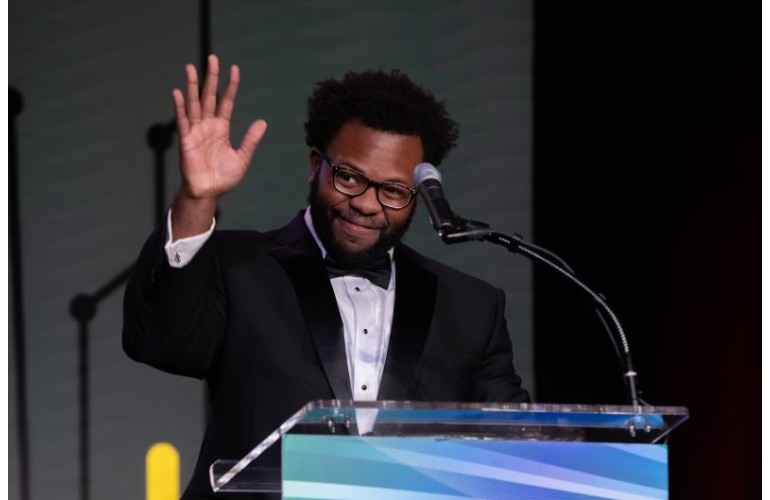 Daquan Styles has distinguished himself in efforts to deliver capability and lethality to warfighters. During the pandemic, he delivered U.S. Navy software to four amphibious assault ships and three aircraft carriers. Styles is an electrical engineer for ship self-defense systems, and an onsite installation coordinator at the Dahlgren Division, Dam Neck Activity of the Naval Sea Systems Command (NAVSEA) Naval Surface Warfare Center.

“Legacy is a word that’s always stood out to me,” he said in his acceptance speech. “I’d ask ‘how do you want to be remembered?’ This question stuck with me for years and gave me the fuel to do everything in my power to help make this world a better place. Whether it’s being the best son or brother at home or the hardest-working engineer in my company.” Styles hopes to continue to inspire others so that they too can see the importance of leaving behind a legacy.

For the first time in BEYA history, identical twin sisters and engineers received the Most Promising Engineer Award. Only three years into her career, Shalisha Witherspoon has made a name for herself in artificial intelligence at IBM Research. Shalisha is a software engineer at IBM’s T.J. Watson Research Center. Beyond making technical strides, she introduces coding to young people through talks sponsored by various community organizations, including Black Girls Code, P-Tech, and IBM tech summer camps.

“It’s a big honor to receive this award,” she said in her acceptance speech. “Being a woman in STEM could be challenging. But being a Black woman in STEM can also be lonely. The difficulty in finding a mentor who looks like you can be discouraging. Fortunately, I did not have to navigate this path alone, as I had my identical twin Shonda. We’ve encouraged each other to do our best and advocated for minorities in STEM.”

Shonda is also a software engineer at the T.J. Watson Center. Her passion for diversity and the promotion of a diverse technical community has enabled diverse contributions in solving technical challenges.

“Thank you so much for this honor,” Shonda said. “During the pandemic, many parents were tasked with homeschooling their children. It was a new experience for most. However, for me and my family, this was normal and shaped me into becoming the person I am today. Home school by my mother taught my siblings and I to become self-starters,” she added. ” These are critical qualities for engineers who strive to grow and have a positive impact.” Shonda hopes her success and recognition continue to shine a light on what homeschooling can offer.

A senior systems development engineer, Captain Deion Hardy supports the QF-16 aerial program. He is attached to the Air Force Lifecycle Management Center in the Air Dominance Division of the U.S. Air Force. He plans, monitors, and controls engineering efforts assuring the resolution of technical problems, consistent with program objectives. Previously, he served as a Ford materials engineer, where he produced scientific and technical intelligence for the warfighter, acquisition community, and policymakers, while at the National Air and Space Intelligence Center.

“Early on, I showed a definite interest in figuring out how things worked,” Hardy said at the gala . “That led me to tinker with electronics, break them into components and put them back together to see if they still worked. Though I always wasn’t successful, it’s likely my parents so this as something to encourage,” he said. Sanders attended camps and programs geared towards engineering, which gave him a sneak peek into various science, technology, engineering, and math (STEM) career paths. “A variety of opportunities and inspiration has led me to this moment,” he said.