Why Jackson State leads with data science and engineering 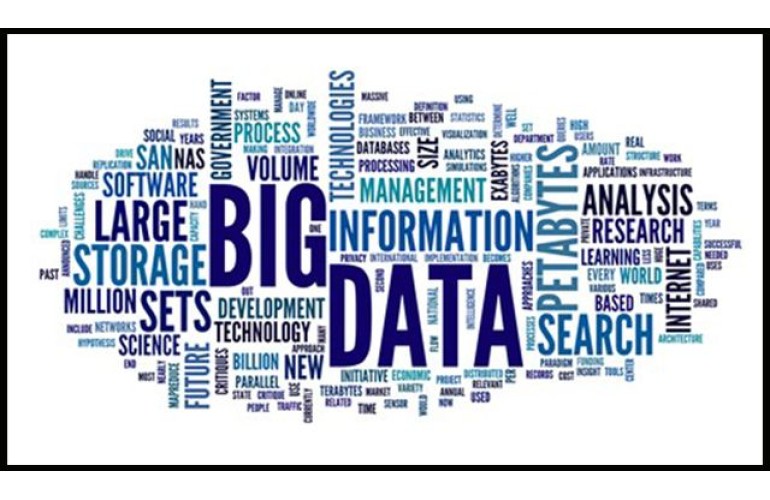 *** This USBE article was first published in the spring of 2017.

Jackson State University’s College of Science, Engineering, and Technology is at the helm of computational and data-enabled science and engineering.

The Sixth Wave (a.k.a. Alvin Toffler) is an outcome of the world of sensors, often referred to as the Internet of Things, which has brought about the Industrial Internet that propels the global economy — the command control and interoperability of supply chains, for example, he explained.

That’s why Big Data students and faculty at Jackson State are investing time, talent and STEM knowledge in finding causes to a variety of neuron degenerative diseases, such as the etymology of Alzheimer’s, as well as problems at the nexus of food, energy, and water.

Victor R. McCrary, Ph.D., vice president of research and economic development at Morgan State University, said Jackson State University (JSU) has a leadership position in this area because “they are leveraging their data science off their decades’ leadership in computational chemistry under Dr. Jerzy Leszczynski.

Since 2008, Leszczynski has directed the new CREST Interdisciplinary Center for Nanotoxicity. His areas of interest include properties and structure of DNA fragments, as well as nanomaterials. He also applies computational chemistry methods to environmental problems, surface chemistry, and atmospheric chemistry.

“I was part of the National Science Foundation (NSF) Experimental Program to Stimulate Competitive Research (EPSCoR) advisory board, which oversaw a collaborative project with JSU, Mississippi State University, and the University of Mississippi Ole (Ole Miss),” Dr. McCrary said.

“JSU was putting out more publications than the majority institutions in this area,” he added.

A professor of chemistry himself and a sitting member of the National Science Board, Dr. McCrary added that Leszczynski has “attracted many grants, students, and post-docs” and “built quite a research team at JSU from 2005-2010.

“Lesson learned: you need great (not good) faculty — superstars to build a capability which can be leveraged for the future. No one was using the term ‘data science’ fifteen years ago, but JSU benefits from their core capability in computational chemistry. By the way, the chair of the chemistry department was Dr. Hongtao Yu – current Dean of the School of Science here at Morgan.

“You also need to have a forward-looking administration, too,” Dr. McCrary said.

These and much more are available to inspire a new generation of scientists, technologists, engineers, and mathematicians.

Lt. Col. Tim Henderson, commander of Air Force ROTC and chair of the Department of Aerospace Sciences in the College of Science, Engineering, and Technology says the CSET has a wealth of untapped talent.

“CSET has a wealth of untapped talent, our students are being effectively prepared to meet the challenges of rapidly advancing technology. CSET students are being academically prepared and mastering the required technical proficiency, with a true desire to excel. They are engaged in community service projects, international programs, as well as, state and national initiatives that are developing them into the talent that our nation will need in the future. We are deliberately developing future leaders to embark upon careers in the military, government, and commercial sectors of society,” he said.

This February, Jackson State University students Jordan Hubbard and Anthony Gomes in the College of Science, Engineering and Technology (CSET) took part in Apple’s second HBCU Scholars program, where they learned about the company’s culture, ecosystem, and community while visiting headquarters in Cupertino, Calif.

Apple, in partnership with the Thurgood Marshall College Fund (TMCF), launched the initiative to provide opportunities in the tech industry for students and enhance engagement with faculty on HBCU campuses.

In May, the Apple HBCU Scholars will have the opportunity to gain hands-on experience through a paid internship. Upon returning to school for their final year, students will receive scholarship funding to complete their education, as well as continue their experience with Apple as TMCF ambassadors for the program.

“The Computer Science Department at Jackson State University’s 3 + 1 Bachelor of Science + Master of Science  program is the only program of its type in the southeastern United States, where students can receive a B.S. in three years and a M.S. in one year.

The department is also currently offering industry certification in Networking, Cybersecurity, Databases, Data Mining, which prepares students to go immediately into the workforce after graduation.

“Cyber infrastructure is the wave of the future and CSET is the best place to receive a comprehensive education in the STEM fields at a reasonable cost,” noted Dr. Tor Kwembe, professor and chair in the Department of Mathematics and Statistical Sciences .

“Our students are job ready for the next-generation of industries. CSET is among the first undergraduate programs to require freshman to conduct research activity and present their findings at national professional conferences attended by leading scientists and industry leaders.  With a combination of superior academic training, internships, and experiential learning opportunities with local businesses, students leave CSET fully equipped to handle the demands of an ever-changing world.”

To fuel commitment to STEM education, Jackson State has created several initiatives designed to expose K-12 school students to the practical applications of data science to increase their interest and efficiency in the STEM areas.

“In doing so, we have developed strategies to place more emphasis on student engagement and experiential learning,” Dr. Wilbert Walters explained. As associate professor and associate dean for undergraduate programs, Dr. Walters’s said the goal is to produce the next generation of STEM leaders across various industries.

“Essentially, data has become a part of everything we do. When students understand the infinite possibilities of what can be done with information to create a better world for them and their families, we’ve done our job.  That’s what CSET has to offer.”

Dr. Paul B. Tchnouwou, an associate dean of graduate and international programs in CSET, noted that CSET graduate students are engaged in scholarly research activities that generate new knowledge and innovative thought in the STEM areas.

“Our graduate students provide STEM expertise to the local, national and international community,” he said. “Ninety percent of our Ph.D. and Masters graduates are working at national labs, for commercial entities, the government and at top tier research institutions.  Our academic rigor and commitment to scientific scholarship is the foundation of our graduate programs.”

Dr. Carmen M. Wright, a faculty member in the Department of Mathematics and Statistical Sciences, serves as the main XSEDE campus champion.

Ebrahim Alareqi and Duber Gomez-Fonseca are student champions. Both students are enrolled in the Computational and Data-Enabled Science and Engineering Ph.D. program.

The champions are actively engaged in promoting the activities of XSEDE as well as other information pertaining to computing.

In April 2015, the first XSEDE Workshop was held to help raise awareness of the XSEDE program.

“In May 2017, a second XSEDE Workshop was held that offered training in using statistical software R in parallel as well as training in large data management using Hadoop,” Dr. Carmen Wright said.

The Extreme Science and Engineering Discovery Environment or XSEDE is a large collection of advanced digital resources and services. It is used as a vehicle through which scientists can collaborate and share computing resources, data, and expertise. The program aids in the effort of generating new knowledge in a broad spectrum of areas.

XSEDE endeavors to broaden participation by making their resources and the expertise of others more accessible to the public. In this effort to lower technological barriers, institutions can develop a relationship with XSEDE to establish private, secure environments that have all the resources, services, and collaboration support researchers need to be productive.

One avenue is through its affiliated campus champion program.