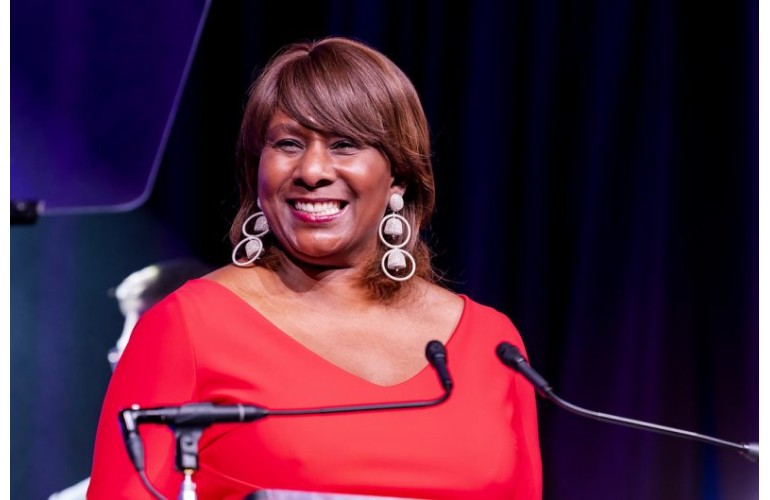 No doubt, it’s been a March like no other. But lest we forget Women’s History Month ends today Tuesday, March 31. The theme for 2020 honors women who fought to win rights for other women, and women who continue to fight for others.  We thought the theme this year had a particular resonance with the story of Carolyn L. Nichols, because of its testimony to the achievement, leadership, and compassion honored by the BEYA Career Achievement Award.

Nichols is currently director of logistics and sustainment programs for the V-22 Osprey at Boeing Global Services. She started her career as a radar systems engineer for the F-15 fighter. In the 33 years since she has lent her talents in a dozen countries. She became a pilot,  learned German, and is a mentor to many. Her volunteerism extends from Chicago all the way to South Africa, said award presenter  Greg Hyslop, senior vice president of Boeing Engineering, Test & Technology.

Walking on to the BEYA stage in February with her mother, Helen Britt, Nichols praised the role of hidden figures: black women in STEM who did many of the mathematical calculations that helped launch the first American into space.

“Growing up on the tough side of the South Side of Chicago, I was raised by a single mother who worked two jobs for twenty years,” Nichols said during her acceptance speech. “She was a teacher at night in the early 1960s instructing men and women how to keypunch, like the women in the movie “Hidden Figures.”

“My mother encouraged me to pursue the field of engineering, which took me on a path I never could have imagined,” Nichols said.

During her long career, Nichols has led the F/A-18 Super Hornet program, the H-47 Chinook Helicopter program, and the V-22 Osprey Sustainment program. She is also a steadfast advocate for women of color in STEM through BEYA and many other groups.

“Thanks to my mother, family, friends, colleagues and The Boeing Company for their unwavering support.  Also thanks to them, the next chapter of my story will read: Carolyn continues to inspire, recruit, and train the next generation of engineers and technologists to compete on the world stage.”

Congratulations Carolyn, keep doing what you are doing!