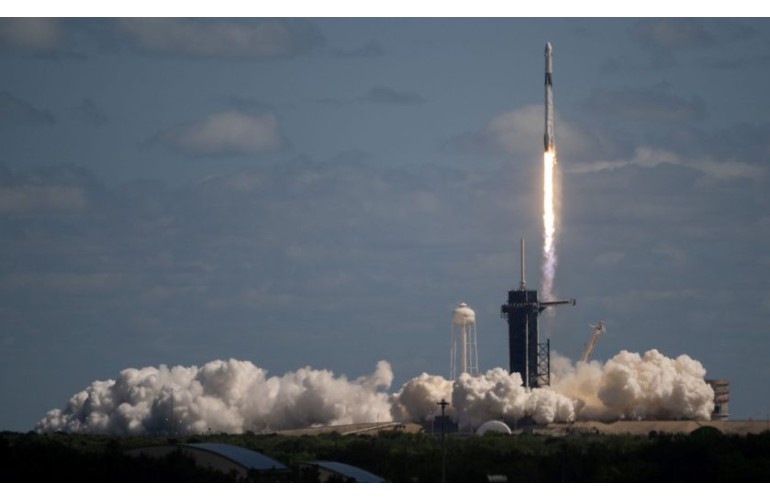 Every year, October 4-10 is observed as World Space Week, the largest space event on Earth. “Space and Sustainability” is the United Nations-declared theme for 2022.

By the end of 2023, a new Registered Apprenticeship Accelerator focused on the space sector’s skilled technical workforce will help inspire, prepare, and employ the next generation of the space workforce.

On Wednesday, Oct. 5, NASA and SpaceX once again geared up to launch a crew on an American rocket and spacecraft to the International Space Station to perform science, technology demonstrations, and maintenance activities aboard the microgravity laboratory.

Headlined as the White House Interagency Roadmap to Support Space-Related STEM Education and Workforce, the plan outlines actions to bolster the capacity to inspire, prepare and employ a diverse and inclusive space workforce. For example, to help increase diversity in space internships, The Aerospace Corporation has announced the Space Workforce 2030 Internship program to grow and diversify the space workforce.

The thirty Space Workforce 2030 pledge signatories will increase the number of diverse interns by hiring at least 3,000 interns by the summer of 2023. Interested students will be placed in a pool of applicants from which the 30 companies will interview and hire.

The new coalition’s work will kick off in October 2022 and be anchored by Blue Origin, Boeing, Lockheed Martin, and Northrop Grumman. Other industry partners will include:

The partners will be joined by the Florida Space Coast Consortium Apprenticeship Program and its sponsors, SpaceTEC, Airbus OneWeb Satellites, Vaya Space, and Morf3D.

With the support of the Aerospace Industries Association and American Institute of Aeronautics and Astronautics, the coalition will stand up pilot programs in Florida’s Space Coast, the Gulf Coast of Louisiana and Mississippi, and Southern California, and collaborate with service providers such as community colleges, unions, and others, to attract, train and create employment opportunities in STEM jobs.

Additionally, federal agencies and the private sector have coordinated their efforts to promote space STEM education and the workforce.

The Department of Agriculture and NASA have announced the Artemis Moon Trees Program with online educational resources to engage individuals in learning about Moon Trees and inspire exploration of space careers. The agencies are collaborating on the next generation of Moon Trees, which will be grown from seeds that orbit the Moon via NASA’s Artemis I mission.

NASA has also released Artemis I STEM Learning Pathway educator resources hub and the LEGO Build to Launch Series, to explore the technology, STEM concepts, and careers behind the Artemis I mission. NASA announced $4M for Space Grant Kids to bring the excitement of NASA to middle and high school students who are underserved and underrepresented in STEM.

During the National Society of Black Engineers (NSBE) regional conferences, its Aerospace Special Interest Group will host the Aerospace Systems Conference, October 6-8, to increase networking opportunities and launch the “How to use your degree in the Aerospace Industry” series.

In addition, NSBE and the Fire Rocket Challenge Pre-college competition are accepting teams until September 15, 2022, for a 9-month Fire Rocketry Challenge to develop model rockets and prepare for rocketry challenges and future space careers.

In partnerships with the Atlanta University Consortium Data Science Initiative and the NASA Georgia Space Grant Consortium at Georgia Tech, Hines Family Foundation will host “From STEM To Esteem: Space-motived Tools and Strategies to Enable the 21st Century Underrepresented Workforce.”

The event, which will take place during World Space Week, will aim to increase the participation of historically Black college and university (HBCU) data scientists in the space and sustainability industries. Reaching more than 1,000 students, educators, and organizations in Metro Atlanta, this event will highlight the application of data science in space research and data science space careers.

The National Science Foundation (NSF) is accepting applications from existing NSF grantees to support awareness of and preparation for space-related careers. These supplements will contribute to the development of a space workforce that reflects the diversity of America by increasing the participation of institutions, geographic regions, and communities currently underrepresented in space-related careers.

Center of Science and Industry (COSI) in Columbus, Ohio will provide more than 10,000 National Space Council-themed STEM Learning Lunchbox kits to underserved youth and families at foodbanks and other anchoring community resources nationwide. Each box includes hands-on STEM activities, including a game board highlighting space careers.

Code.org will highlight connections between computer science and space exploration in the 2022 Hour of Code. Students will have the opportunity to explore and develop coding skills through engaging, space-themed tutorials and create shareable projects.

Through a collaboration with NASA, the US Space Force, the Department of Energy, and the US Geological Survey, students will also learn about different careers and pathways for space careers in these agencies. Code.org reaches approximately 15 million students annually.

The American Institute of Aeronautics and Astronautics (AIAA), in partnership with Estes Education and National Science Teaching Association (NSTA), is expanding their Exploration Generation program for K-12 educators to include lessons on aerospace, engineering, and rocketry and provide a curriculum aligned with Next Generation Science Standards in October 2022.