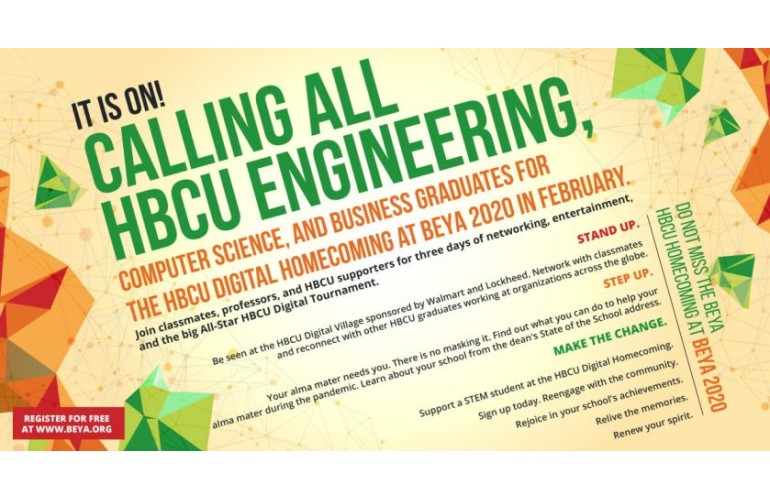 All the sessions were recorded and will be available to view after the conference. Check back for details.

The seminars featured big names in science and technology, and they all spoke to the conference’s 2021 theme: Stand Up. Step Up. Make a Change as they showcased opportunities in artificial intelligence (AI), machine learning (ML), quantum information science, biotechnology, 5G, and advanced manufacturing.

Jesse Russell pioneered the field of digital cellular communication in the 1980s, after training as an electrical engineer at Tennessee State University, a historically Black college and university (HBCU), and Stanford University. He has worked in wireless communication for over 20 years and holds patents in broadband wireless networks, technologies and services, and digital cellular base station design.

“If Germany is finding a role for 5G in automation, we should too,” Russell said. Last summer, companies in the western European country rolled out private 5G to investigate how much better and more efficient this connection is compared to Wi-Fi or cabling. Fields of application include autonomous transport systems that can be guided via a local cloud, remote access to machinery, and communication between industrial systems.

Larry Irving, who produced the first study proving the existence of a “Digital Divide” said 5G was a faster, more stable, and practical internet that could be used anywhere. He also noted its problem-solving potential.

“We should look at how can 5G help in providing education and employment for underserved communities,” Irving said. He is a former administrator of the National Telecommunications and Information Administration during the Clinton administration.

Darsana Josyula, a computer science professor at Bowie State University, was one of the panelists in the “Artificial Intelligence & HBCUs: Taking AI from the Lab to the World” seminar. She spoke on the critical role HBCUs can play in pushing the boundaries of AI. She also said the industry needs to take an active role in training programs.

Rediet Abebe, an Ethiopian-American computer scientist is the first Black woman to be appointed a professor of computer science at the University of California, Berkeley. Abebe is an advocate for representation and equity in computing and is the co-founder of Black in AI.

“It’s an interesting time to be an AI researcher,” she said. “AI can be useful in spaces we haven’t touched,” she added.

Fei-Fei Li, a Chinese-born American computer scientist, co-founded AI4ALL, a nonprofit organization working to increase diversity and inclusion in the field of artificial intelligence. Li talked about the need for increasing the diversity of AI researchers, summer programs to increase the pipeline of students, as well as human understanding in calling out bias or mitigating bias. She also spoke about how AI can enhance and augment the productivity of clinicians and genomic research.

Dr. Jeffrey Welser served as moderator for the AI panel. He is vice president for exploratory science and university partnerships at IBM. He oversees research to advance data technology and analytics for Hybrid Cloud and AI systems and software, with a strong focus on advanced computing technologies for AI, neuromorphic devices, and quantum computing.

Also on the panel was Margaret Martonosi, a computer science professor. Her work has included the Princeton ZebraNet mobile sensor network project for the design and deployment of zebra tracking collars in Kenya.

In 2019, the National Science Foundation (NSF) selected the Princeton University professor of computer science to served as head of the Directorate for Computer and Information Science and Engineering. In addition to her management experience in the computer and information science community and her research in computer architecture, Martonosi has been noted for her leadership in broadening participation in computer science education.

It’s not too late to register here for the BEYA STEM Digital Conference. If you’ve already registered, click here to view the day’s activities.