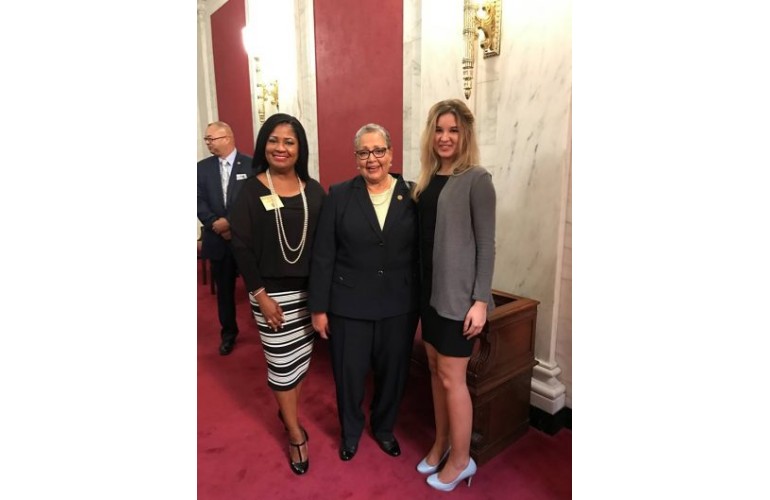 Johnson’s daughter, Katherine Moore, participated in a recognition ceremony this week to accept the honor on her mother’s behalf.

“Katherine Johnson’s life story is an inspiration to all Americans, particularly women and minorities,” said Delegate Jill Upson, R-Jefferson, who helped organize Monday’s events. “I hope that with an annual day recognizing her contributions, school children for generations to come will be inspired to reach for the stars and make bold efforts to advance our society.”

Johnson was recently awarded the Presidential Medal of Freedom, the nation’s highest civilian honor. Her extraordinary contributions were detailed in Margot Lee Shetterly’s acclaimed book, Hidden Figures: The American Dream and the Untold Story of the Black Women Mathematicians Who Helped Win the Space Race, which this past year was adapted into a motion picture that was nominated for an Academy Award for Best Picture of the Year.