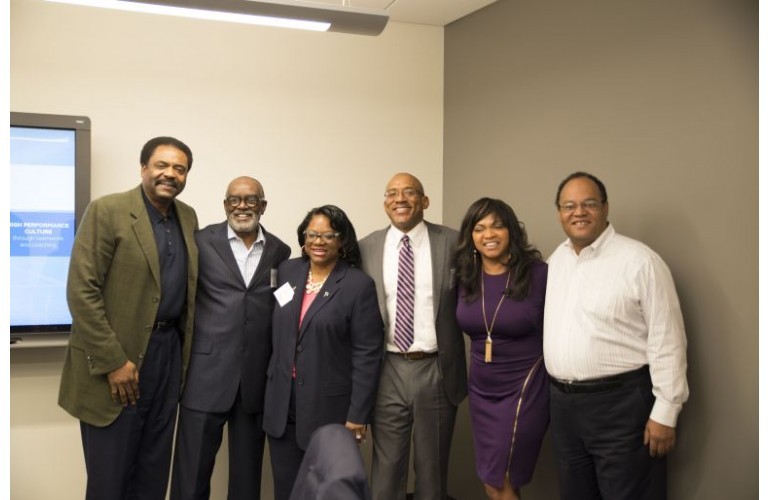 According to STL, the award was presented by Mrs. Thelma Steward during a virtual ceremony that included Grammy Award-winner BeBe Winans and Bishop T.D. Jakes. Scouting leaders noted that during Steward’s time on Boy Scouts of America Great St. Louis Area Council, a science, technology, engineering, and math (STEM) program led by Steward won more awards than any other council in the U.S.

In a statement, Steward noted how his mother had changed his life and that of thousands of others by forming the first integrated Boy Scout troop in Clinton, Missouri.

Mr. Steward’s biography on the website of Kingdom Capital, a private investment firm, states he was presented with Boy Scouts of America’s national-level Silver Buffalo Award for distinguished service in 2018.

In addition to the Boy Scouts, he is a member of the Horatio Alger Association of Distinguished Americans. He also serves on the boards of the National Academy Foundation (NAF), United Way of Greater St. Louis, Washington University, Variety, the Children’s Charity of St. Louis, and other organizations.

In 2012, Steward was recognized for career achievement, commitment to diversity, and philanthropic contributions at the BEYA STEM Conference. He was the first non-engineer to be awarded the Black Engineer of the Year Award.

“Dave Steward personifies the highest standards of American character, ingenuity, innovation, and care for his fellow man,” said Norma Clayton, standing center right in the archive photo taken at a Global Leadership Forum (GLF) event. The retired Boeing executive who nominated Steward for the 2012 award said “his focus has not been on a single engineering discipline or industry, but rather on enabling his employees and an entire community to rise with the tide he has personally created through his leadership and technological expertise.”

GLF is the brainchild of Steward, and the forum’s mission is to, with the aid of its partners like BEYA Chairman and Career Communications Group CEO Tyrone Taborn to inspire interest in young African Americans in STEM, as well as help older individuals, obtain the education and experience necessary in these fields to advance to senior positions.