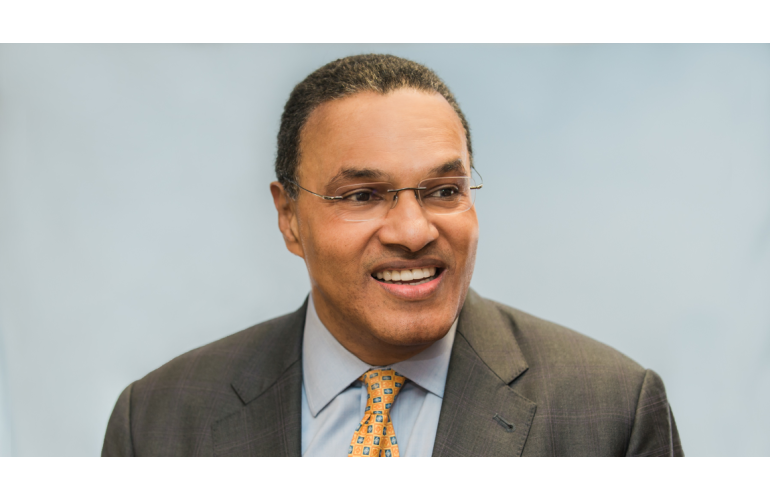 Freeman Hrabowski III, the 2013 Black Engineer of the Year, was the latest executive to talk about leadership in the “Corner Office” with Adam Bryant of the New York Times (NYT).

Dr. Hrabowski, president of University of Maryland, Baltimore County (UMBC), won the BEYA for bringing stability and solvency to Coppin State University and producing more black science Ph.Ds. in his 20-year career at UMBC than any other majority institution.

In the wide-ranging NYT interview published last week, Dr. Hrabowski, spoke about his early years growing up in Birmingham, Alabama.

Interestingly, Dr. Hrabwoski said his father left education to work in a mill because he could make more money for his family working in the steel mill than being a teacher and administrator in the school.

“Nevertheless, he worked with the black men there to help them get their G.E.D.s, so he was always still teaching,” Dr. Hrabowski told Bryant.

The award-winning educator also said that his mother, who was an English teacher and later became a math teacher, inspired his love for language and mathematics.

“When I was 12, I heard Martin Luther King talk about the role children could play in the changing of America, and I participated in the Children’s March in Birmingham in 1963. I spent a week in jail, “ Hrabowski added.

“I often hear students today say that we’ve never been so divided as a country. I remind them to think about the 60s,” he said.

Asked about his move into leadership, Dr. Hrabowski said, “Even when I was a grad student, I would always speak up and say what I thought was not working well. So people would tell me, “Then you do it.”

Later in life, he said he had to learn to not be so quick to give a response.

“I was much too quick to think I had the answer in the early years,” he reflected.

Click to find out what career and life advice he gives to new college grads in “Freeman A. Hrabowski III on the Value of Resilience,” Corner Office, By ADAM BRYANT MAY 5, 2017