‘A shining example for us all’: What the people are saying about Congressman Elijah Cummings 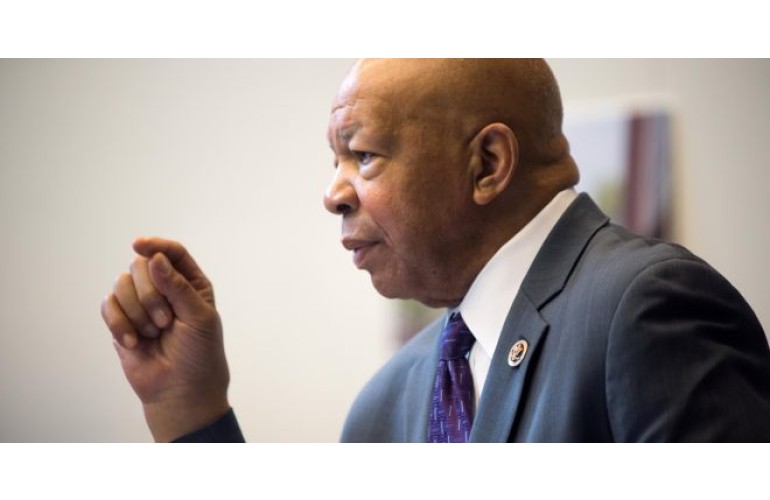 Howard University broke the news Thursday on its Facebook page. The announcement of the death of Congressman Elijah Cummings, one of the college’s most famous alumni, began with a stirring quote from his many speeches.

“Our diversity is not our problem. Our diversity is our promise,” it said simply, adding that the “Howard University Community mourns the loss of Congressman Elijah E. Cummings: Civil Rights activist, passionate servant leader, dedicated alumnus, and faithful friend.“

An official statement on Facebook from the Sigma Pi Phi Fraternity talked about his long-time membership and service on their Grand Social Action Policy Committee.

The obituary, signed by Gregory J. Vincent, Grand Sire Archon of the Sigma Pi Phi Fraternity, also noted how “the nation, the state of Maryland, his home city of Baltimore and Sigma Pi Phi greatly benefited from his dedication to the greater good.”

“Archon Cummings has left an indelible mark,” wrote  Walt Pearson, managing director at Brown Capital Management LLC and Sire Archon of Baltimore’s Gamma Boulé, one of the oldest fraternity chapters. “We all know that in ancient Greece The Boule was a council of wise, noble men; well Archon Cummings also made a wise choice and married Archousa Maya Rockeymoore Cummings. She was his rock.”

On Instagram last December, Rockeymoore Cummings, an author, speaker, business owner, policy expert, and change agent posted a picture of their wedding day in 2008, tagging the throwback photo with topics like #happiness #marriage and #manofmydreams.

“@rockeymoorecummings Take over his office term you have the right to it,” urged tek_og on Instagram.

“I’m so very sorry for your loss,” wrote tveni. “Your husband was a wonderful man! His colleagues and friends speak nothing but praises about him. May God comfort you and give you strength at this time. May Mr. Cummings RIH🙏🏾”

Congressman Cummings graduated from law school at the University of Maryland School of Law, receiving his Juris Doctor in 1976, and was admitted to the Maryland State Bar Association later that year. He practiced law for 19 years before first being elected to the House in the 1996 elections.

“Congressman Cummings was a true lawyer/leader and someone who used his law degree to promote social justice in our society,” wrote Dean Tobin on the University of Maryland website. “He was a shining example for us all because he cared deeply about people-the people of Baltimore, the people of this state, and the students in this school.”

According to Tobin,  the congressman returned to the law school in February to celebrate the association’s 50th anniversary and honor his dear friend and supporter Prof. Larry Gibson,” whom Cummings considered a mentor.

In a tribute to Cummings on his Facebook page, Gibson wrote that he didn’t view his relationship with Cummings as one of mentor and mentee, “We were simply brothers trying to improve things.”

Cummings’ page on the Morgan State University Board of Regents website lists his prestigious affiliations.

“We – the nation, the City of Baltimore, the State of Maryland, and the United States Congress – have all suffered a tremendous loss. As a lifelong advocate for justice, equality, and the truth, Elijah Cummings was the true definition of a leader and his commitment to civility and humanity were invaluable in times such as these. To many, Elijah was a friend and mentor, but to the members of the CBC, Elijah was family.”

On Morgan’s State University’s home page, a banner headlined “Remembering the Honorable Congressman Elijah Cummings: Dedicated Public Servant, Revered Leader” takes you to a  photo album of his life and work at the university and around Baltimore.

On May 19, Congressman Cummings delivered the Spring Commencement Address at Morgan State. The occasion marks the second time that the Congressman addressed a group of graduating Morgan students. He served as Morgan’s commencement speaker in 2006 and was presented with an honorary Doctor of Laws.

Our hearts are quite heavy this morning as we awaken to the news of the passing of The Honorable U.S. Congressman Elijah Cummings. We mourn the loss of such an authentic, passionate and revered leader.

The City of Baltimore, the State of Maryland, and our nation will forever be indebted to the legacy of this great public servant.

Morgan State University is deeply saddened by the loss of one of our fiercest advocates and supporters. Beyond serving on the University’s Board of Regents, Rep. Cummings was not only a dear friend to Morgan, he was family. His wisdom, wise counsel and superb leadership will be greatly missed. I will miss him personally.

On behalf of the entire Morgan State University Family, I extend our deepest condolences and heartfelt prayers to his wife, Maya, and to the entire Cummings family and to his dedicated staff.