Advancing STEM at WVSU: Past, Present and Future 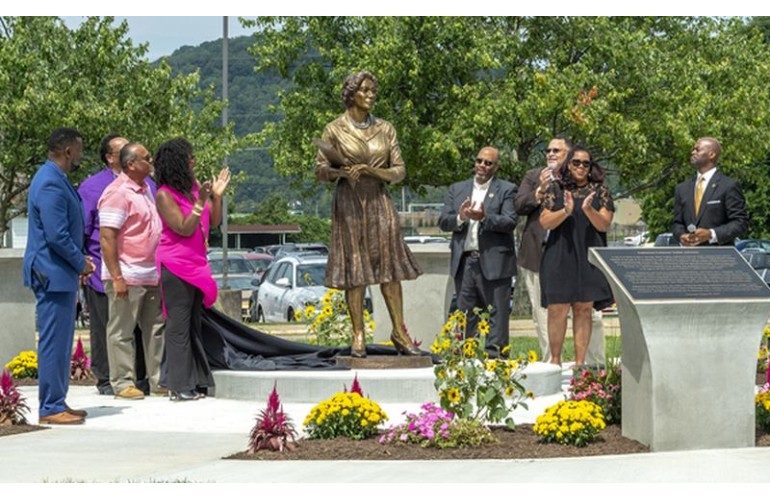 The life-sized bronze statue depicting Johnson during her years as a mathematician at NASA was created by West Virginia sculptor Frederick Hightower, an alumnus of WVSU. Six of Johnson’s grandchildren pulled back the veil to reveal the statue along with remarks from Johnson’s daughters.

The ceremony also featured remarks from NASA astronaut Dr. Yvonne Cagle. In 2017, Cagle escorted Johnson onto the stage of the 89th Academy Awards, as the Oscars honored  “Hidden Figures,” the popular movie based on a book that portrays the real life of black women working as mathematicians at NASA in the 1960s.

“It is my hope that my daughters and my students at West Virginia State University see this monument as an example of what they can accomplish,” said WVSU President Anthony L. Jenkins.

In the spirit of Katherine’s history-making achievements, Dr. Jenkins also announced the School of Engineering will open next fall.