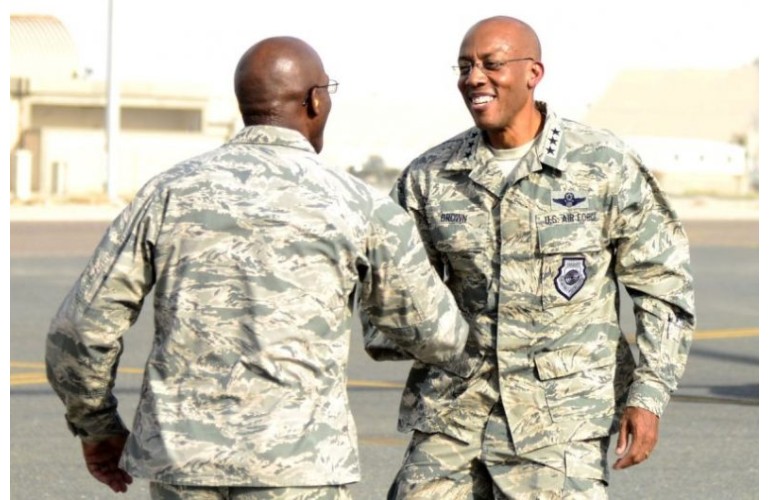 As commander of Pacific Air Forces, the Air Force (PACAF)  based in Hawaii, Brown would oversee the air component of U.S. Pacific Command.

PACAF’s responsibilities include the continuous bomber presence mission, in which a rotating stable of B-1B Lancer, B-52 Stratofortress, and B-2 Spirit bombers are meant to reassure U.S. allies in the Pacific and deter potential adversaries such as China and North Korea. the Air Force Times said.

Brown is a command pilot with more than 2,900 flight hours.