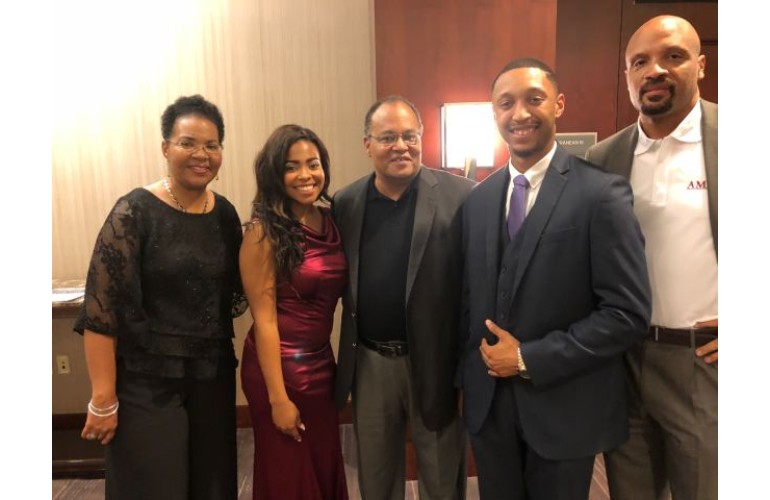 Jerrion Crutcher, center right, smiles for the camera at the AMIE Conference on Weds, Sept. 5, 2018.

AMIE, which marked its 25th anniversary in Huntsville, Alabama last week, is a regular participant of CCG’s job fairs, which focus on the promotion of opportunities in science, technology, engineering, and math (STEM) to historically underrepresented groups.

AMIE’s college and university partners include all of the historically black colleges and universities (HBCUs) with ABET-accredited schools. Last fall, several HBCU students were offered internships at the Women of Color in STEM Conference.

Employers recruiting at the 2018 Women of Color STEM Conference include: