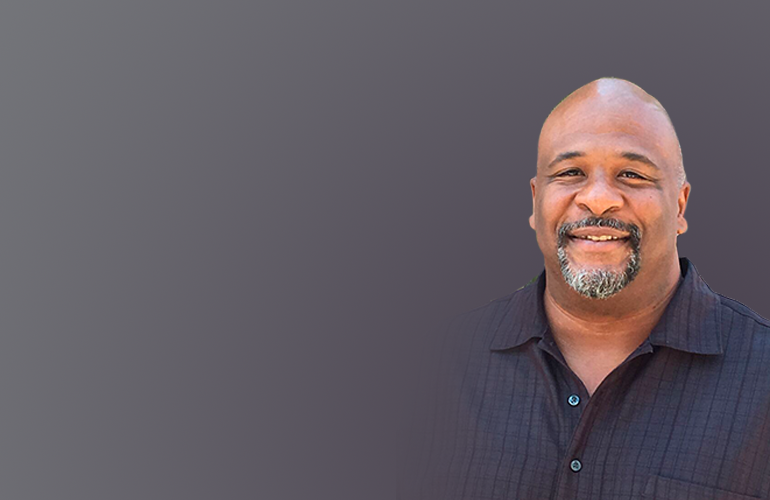 Allen Parker’s career in engineering began in 1988, when he started working at NASA’s Armstrong Flight Research Center as an intern.

Now, as a research engineer for NASA’s Armstrong Flight Research Center and the team lead for Fiber Optic Sensing System technology, Allen’s role involves day-to-day development of fiber optic sensing technologies, guidance to five engineers on his team, as well as mentoring for 12-18 students who cycle through the Flight Loads Laboratory each year, ranging from high school level to PhD. candidates.

After taking a year and a half to pursue a master’s degree in electrical engineering as part of a NASA scholarship, he returned to NASA Armstrong in 1992, this time as a full-time junior engineer in the Structures Research Branch.

Even as a junior engineer, he excelled in developing multiple sensors as well as the data acquisition systems needed to process the data gathered by these sensors. Allen received his first patent, for the Thermal Electric Strain Gauge, a precursor to the Fiber Optic Sensing Systems technology (U.S. Patent No. 5,481,199).

As he began looking into this next wave of research, Allen moved up to a senior engineer position in the Flight Loads Laboratory, designing data acquisition systems and extreme sensors.

By the early 2000’s, he took on additional leadership, guiding a team of five engineers to develop what would become the cutting edge in fiber optic sensing technology for NASA.

NASA Armstrong researchers became interested in fiber optic sensing technologies in response to the Helios solar electric airplane that broke up in mid-air and crashed into the Pacific in 2003.

Engineers believed that a real-time fiber optic-based system could have sensed wing deformation in flight, which would have enabled flight engineers to take precautions to avoid the mishap.

Prior to the Fiber Optic Sensing System, it was impossible for operators to know that wings were experiencing strain.

Now, thanks to the system’s real-time structural monitoring capabilities, the complex bending modes of aircraft and launch vehicles during flight can be tracked and, therefore, controlled to avert tragic accidents.

Working with nominal funding and pursuing the technology as a side project, Allen (along with Dr. Lance Richards and Anthony Piazza) began building demonstration systems to understand what the new technology could do.

Using optical fibers embedded with thousands of sensors, the Fiber Optic Sensing System is capable of
measuring real-time strain in a variety of physical structures. It then uses ultra-efficient algorithms (developed by Allen Parker) to process these strain measurements

A flight version of the Fiber Optic Sensing System was completed in 2007 and flown for testing on NASA’s Predator B aircraft, a.k.a. Ikhana.

This flight was instrumental in demonstrating the power of the fiber optic sensing system to monitor an aircraft’s structural parameters during flight, providing critical data to pilots to enable them to avoid situations that might result n a mishap.

The extraordinary success of the Fiber Optic Sensing System has resulted not just in publications, patents, and awards but also in commercialization of the technology.

By 2012, they announced the commercial availability of the technology, and in 2015 launched a spin-off company, Sensuron, to continue commercialization.

In 2016, Allen again worked with NASA to negotiate a new evaluation license with United Launch Alliance, LLC with commercial infusion potential. The team is also in discussions with several other players interested in licensing the technology for applications across a range of industries.

Over Allen’s 25-year tenure at NASA, he has made remarkable technological breakthroughs that have benefited both NASA and industries beyond aeronautics.

He has taken on increasing levels of leadership and is now the team lead for the challenging career path of fiber optics research.

Allen is an active mentor in his community, working with minorities and young people who are on the Board of Directors of Desert Christian Schools, a local private school system.

He also mentored students at Lancaster High School in the early-to-mid-2000s, where he initiated a robotics student research team that still exists today.

He has been a mentor to science students at UCLA, implementing a program that gives students an opportunity to help build science experiments to be flown on the International Space Station to test new technologies.

Through the program, Allen has been able to extend NASA internship positions to the most promising
students, mentoring them on all aspects of building a science experiment to be flown in space, such as mechanical and electrical design, writing software, and analyzing experiment data.

The highly successful program, funded by the U.S. Air Force and NASA Armstrong, has resulted in two new science experiments that have flown on the International Space Station, and a third experiment in the spring of 2017.

In addition, the program will expand this fall, when Mr. Parker will begin teaching an engineering class at the university.

Allen’s commitment to collaborating on technology transfer efforts for the Fiber Optic Sensing System technology has demonstrated his foresight to ensure that the team’s technological breakthroughs for NASA can also be utilized by other industries to benefit new markets and the U.S. economy as well as society. Technology transfer licenses demonstrate his impact that this technological breakthrough has not just on NASA, but on industry and the economy as well.

Allen developed the patented algorithms that process the data acquired from the fibers optic sensors. He continually looks for new and innovative ways to apply and advance Fiber Optic Sensing System technology.

The Fiber Optic Sensing System has been shown to offer a 1,000-fold improvement over conventional fiber optic technologies. Besides being applicable to a variety of aeronautics applications, the system has potential for use in the energy, transportation and infrastructure, and. medical industries.