‘An Engineer’s Engineer’: 2019 Black Engineer of the Year 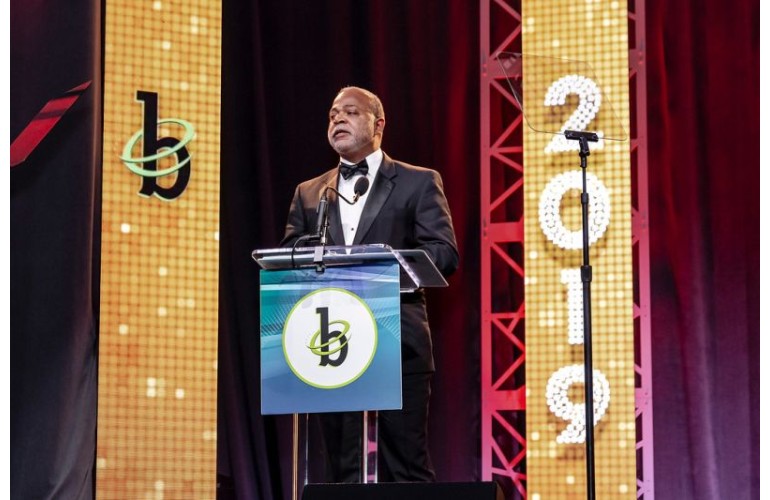 A year after receiving the Black Engineer of the Year Award, Alicia Boler Davis, former executive vice president for manufacturing at General Motors, was back to deliver the traditional “Pass the Torch” remarks at the BEYA Gala.

“This past year has been a great ride,” Boler Davis said.

The 2018 Black Engineer of the Year spoke at the commencement ceremony at Rensselaer Polytechnic, where she earned a master’s in engineering science and received an honorary doctorate. She also had the honor of speaking to engineering deans and students of historically black colleges and universities at AMIE’s 25th annual conference.

AMIE (Advancing Minorities’ Interest in Engineering) is a non-profit organization whose purpose is to expand alliances to graduate and place underrepresented minority students in engineering careers.”I’m excited to support the efforts of this organization,” Boler Davis said.

As a mom, Boler Davis joked that she got succinct advice from her son before speaking at his school commencement ceremony: “Mom, don’t embarrass me!” The audience roared in approval.

“BEYA provides exposure, experience, training, and support to the STEM workforce, which is important in this world of rapidly advancing technology and science,” Boler Davis noted. “ I have done everything I can do to advance this cause for women and girls in STEM,” she said, adding that the BEYA community will have a great example to follow in the 2019 Black Engineer of the Year.

Booz Allen Hamilton President and CEO Horacio Rozanski (right) said Mitchell’s legacy is people. His wife, Michelle, his two children Michael and Martina, eight siblings, five of whom were in the audience, and his community. Mitchell who recently turned 60 is also marking thirty years at Booz Allen.

“Throughout, Tony has stayed relevant, thrived, and contributed,” Rozanski noted. “An engineer’s engineer, he looks at every problem not as an obstacle but as something he could take apart and put together in ways that worked better than before.”

A senior partner in a firm of thousands of people, Mitchell leads Booz Allen’s justice, homeland security, and transportation business, and has devoted countless hours to mentoring young engineers and people in the community.

The son of a pastor, machinist, woodworker, and electrician, young Tony grew up around the pursuits of his father, and his grandfather’s small garage. Mitchell has eight brothers and sisters, five of whom were in the audience. He described his mother as a stay-at-home mom of nine and a servant leader.

Talking about his path to engineering he said “I love automobiles. It was an opportunity to discover engineering and how it is applied to drive products. As an engineer, I challenge you to leave your mark.”

Energized by the stories and accomplishments of people at BEYA, Mitchell said he was proud of the community of black engineers, which provided a forum to shepherd the next generation.

“As I reflect on the journey and think about what’s to come, what would I tell that 30-something version of myself?” Mitchell asked.

He talked at length about transformational leadership, social and economic challenges, and widespread problems of anxiety, confusion, fear, anger, and resignation.

“Someone sitting in this room will go on to develop software that will cure cancer or develop a vehicle for space exploration, but we need to be the leaders our communities so desperately need,” he said.

Expect more of yourself, the 2019 Black Engineer of the Year advised, as he listed more rules for career journeys.