Becoming An Engineer: Most Promising Engineer in Govt. 2020 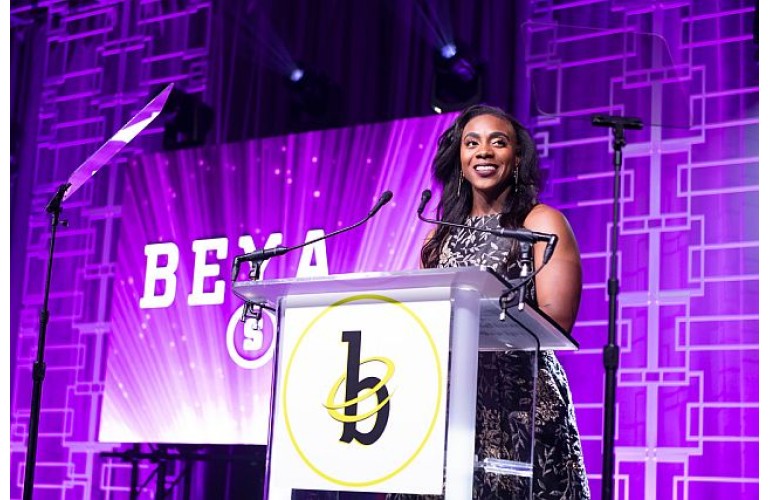 Lieutenant Jaleesa Harrigan won the Most Promising Engineer in Government Award at the 2020 BEYA STEM Conference in February. After receiving her award from a former oceanographer of the U.S. Navy, here’s what she had to say about becoming an engineer.

“I did not choose engineering. Engineering chose me,” Lt. Harrigan said. “I took an AP calculus course in high school taught by Dr. Peterson, a Russian math teacher with a very aggressive teaching approach. She’d call her students out on their mistakes in front of the class, challenging us. Whenever I made a mistake, she charged me to explain my thought process.

“At first I hated this process that made me feel uncomfortable. But by the end of the course, I realized that being academically uncomfortable is a good thing, and that growth is never comfortable. So I continued challenging myself and studied mathematics and computer science at Howard University. I was selected to become a Surface Warfare Nuclear Officer and have never looked back,” she said.

“Her leadership supported the successful completion of multiple type commander inspections and the Operational Reactor Safeguards Examination, the rear admiral continued. “As a qualified Nuclear Engineering Officer, Jaleesa has represented the United States Navy by expertly leading her divisions in the preparation of two Ship Service Turbine Generators, two Main Engines, and Reactor Control equipment to ensure (USS Abraham Lincoln) is mission ready for her first deployment in seven years.”

Rear Admiral Gallaudet is currently the Assistant Secretary of Commerce for Oceans and Atmosphere and Deputy Administrator of the National Oceanic and Atmospheric Administration (NOAA).