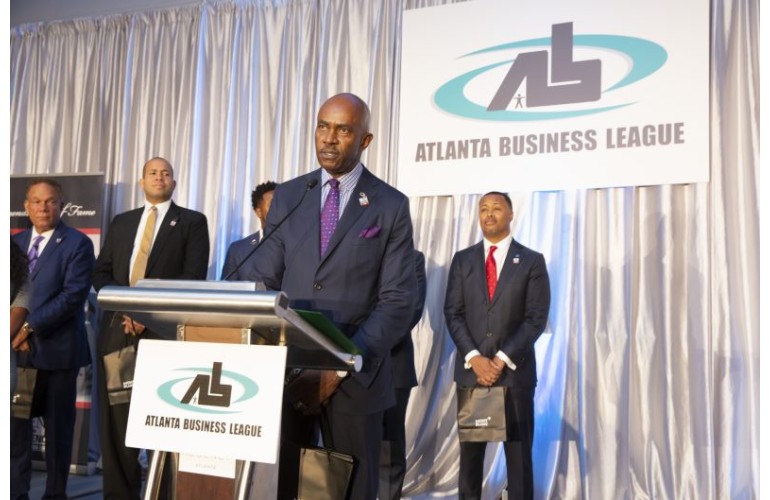 Ronald L. Johnson, U.S. Army military veteran and active professor of industrial and systems engineering at the H. Milton Stewart School, Georgia Institute of Technology, was honored at The Men of Influence Atlanta Business League in July during its 2018 induction ceremony.

A 2003 recipient of the Black Engineer of the Year Award for Professional Achievement in Government Service, Johnson is also a 2005 inductee into the Academy of Distinguished Engineering Alumni at Georgia Tech and a 2008 Black Engineer Lifetime Achievement Award winner.

For many years, the Atlanta Business League has recognized leaders in metropolitan Atlanta.

The 2018 list reflects the accomplishments of black men in metro Atlanta who have achieved senior level positions, lead innovation and business, or have demonstrated a commitment to the citizens of metro Atlanta by their involvement in community and civic activities.

“I have always lived and continue to live my life with a passion for service,” said Professor Johnson. “Whether it was our nation, my community, my GT faculty teammates, my students, my friends or my fellow board members, l gain satisfaction in making a difference. To be recognized along with these amazing men by the Atlanta Business League is an honor. I am always proud to serve,” Prof. Johnson said.

Prior to joining the faculty at Georgia Tech (GT), Johnson was senior vice president, Referee operations at the NBA. From July 2008 until July 2012, he was responsible for the NBA’s recruiting, training and development, scheduling, data management and analysis, and work rules enforcement.

Prior to joining the NBA, the retired major general served as deputy commanding general and deputy chief of engineers, the second highest-ranking senior engineer staff officer for the Army Corps of Engineers.

Johnson assisted the chief of engineers in Staff oversight for organizing, training, and equipping 70,000 engineer soldiers in the active and reserve components and USACE. He retired in April 2008 after serving 32 years of military service.