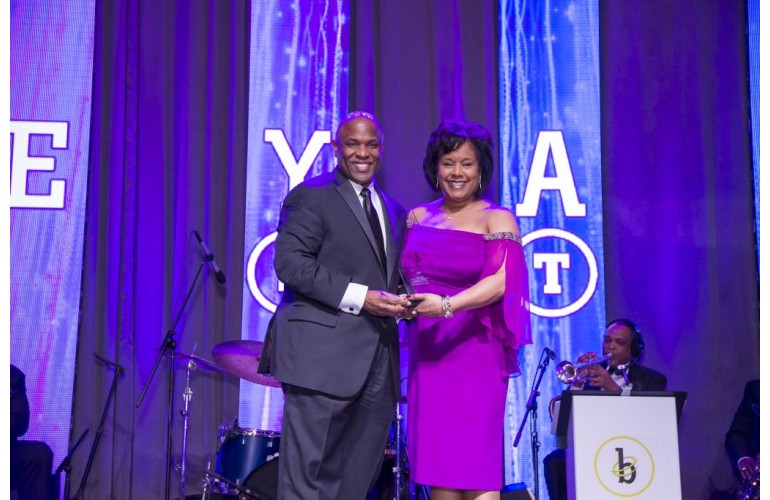 During the BEYA Gala, Steven received his award from his last name-twin, Stephanie C. Hill, deputy executive vice president for Rotary and Mission Systems (RMS) at Lockheed Martin Corporation, and the 2014 Black Engineer of the Year.

Steven is a director of communications and security technologies in Lockheed Martin’s RMS and is responsible for program performance of a cyber, ships and advanced technology portfolio.

RMS employs about 34,000 people. Software engineers and computer systems professionals make up the largest segment of the workforce. Stephanie joined Lockheed Martin in 1987 as a software engineer.

Steven’s accomplishments include an improvement event that reduced costs and regained the program for Lockheed Martin. Steven’s team also received the NOVA Award, the company’s highest award for achievement.