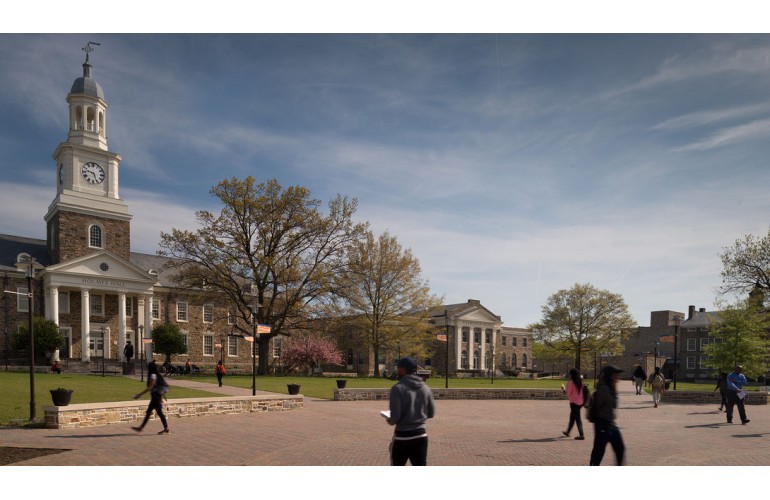 Dr. Lesia L. Crumpton-Young, the new provost and senior vice president for academic affairs at Morgan State University,  was an assistant professor at Mississippi State University when she received the 1997 Black Engineer of the Year Education Award.

A rising star in the field of industrial ergonomics in the 1990s, she was the first African American woman to earn an engineering doctorate from Texas A&M University. Along with her teaching responsibilities, she won national recognition for setting up Mississippi State’s ergonomic laboratory in her first two years.

Her National Science Foundation-funded research efforts were focused on developing engineering criteria that can be used to design environments that allow people with disabilities to compete in the workplace. She pioneered the use of virtual reality (VR) and computer simulation in ergonomics, the design of displays and controls, workplace design, and the prevention and control of carpal tunnel syndrome. Crumpton-Young also served as an ergonomics consultant for UPS, IBM, and La-Z-Boy Inc., the furniture manufacturer that makes recliners, sofas, stationary chairs, lift chairs and sleeper sofas.

Over her 25-year career, Dr. Crumpton-Young has held leadership positions at the University of Central Florida, Texas A&M University, the National Science Foundation and, most recently, Tennessee State University, where she served as a chief research officer.

In her new capacity as Morgan State University’s provost and senior vice president for Academic Affairs, Crumpton-Young will be responsible for the development, administration, growth, and quality of academic programs and university functions supporting student success. She is also being appointed as a full professor for the Department of Industrial and Systems Engineering in the Clarence M. Mitchell Jr. School of Engineering.

“I am honored to serve as the new provost and senior vice president,” said Dr. Crumpton-Young. “I look forward to working collectively with President Wilson and the outstanding faculty, staff, students and alumni as we continue to transform Morgan from great to greater at an accelerated pace!”

Crumpton-Young earned her bachelor’s, master’s and doctoral degrees in industrial engineering from Texas A&M University. She is also completing an M.B.A. at Tennessee State University with expected graduation in August 2019. Her appointment as Morgan’s provost and senior vice president for Academic Affairs is effective July 1, 2019, and she will report directly to the president.