BEYA winner appointed to IBM Board of Directors 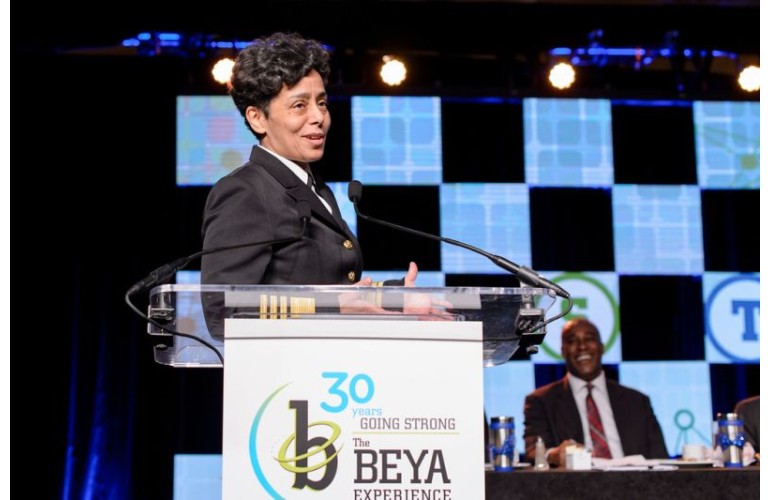 Retired Navy Adm. Michelle Howard, who received recognition for her accomplishments during the 2014 BEYA Stars and Stripes Dinner in Washington, D.C., has been appointed to IBM Corporations’s board, effective March 1.

As vice-admiral, Howard was recognized during the 9th BEYA Stars and Stripes Dinner for her trailblazing accomplishments in the Navy.

In the photo above Howard is speaking at the 2016 HBCU Engineering Deans Breakfast, which takes place during the BEYA STEM Conference weekend.

Hosted by the US Black Engineer and Information Technology magazine, The Council of HBCU Engineering Deans, and Lockheed Martin Corporation, the 30th annual BEYA STEM Conference took place at the Philadelphia Marriott February 2016.