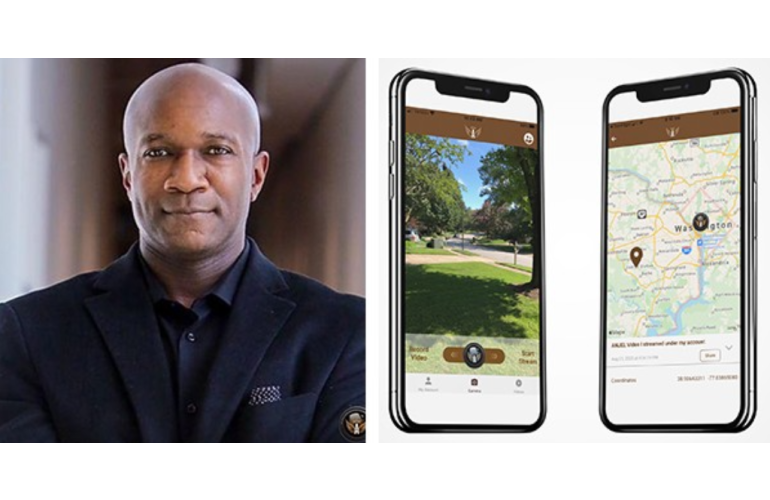 James A. Samuel, Jr., a senior executive in the National Geospatial-Intelligence Agency, has developed a new app that could serve as a personal security system.

According to Black News,  the ANJEL Tech app allows users to live stream and transmit footage to friends and family when they are in a dangerous situation. The app is cloud-based and geospatially enabled.

“My team and I created this app to help Black moms protect and save their kids’ lives, and help more Black children live and grow into adulthood and meet those expected life milestones,” James told Black News.

He also said what makes the app unique is that users can live-stream what’s happening, notify family members and friends of their location on a map, and create a secure record of the incident for future accountability purposes. All of this occurs in real-time via the app.

The ANJEL Tech app can be downloaded now in the iOS App Store, and will soon be available in the Google Play store. Learn more about the app at ANJEL dot tech.

As a cadet at the U.S. Air Force Academy, James excelled in aviation education and training. He graduated from the academy in 1994 with a bachelor’s degree in engineering and was commissioned as a second lieutenant. He later earned a master’s degree and an FAA Private Pilot’s License in his spare time. Afterward, he transitioned to the Missouri Air National Guard and went on to military pilot training. He excelled at flying and was named the “Top Gun” of his class. He also earned his FAA Commercial/Multi-Engine & Instrument ratings, and he returned to St. Louis to fly the F-15C Eagle with the Missouri Air National Guard as a fighter pilot.

After retiring from the military in 2003, James joined the federal civil service in a predecessor agency to the National Geospatial-Intelligence Agency (NGA). His pursuit of excellence propelled him into the senior executive leadership ranks in 2012, where he continues to lead and serve. In 2013, he founded the Raven Flight Foundation to train, educate and expose the next generation of pilots, focusing on those from historically disadvantaged backgrounds.