Black Engineer of the Year reflects on achievements from 2020; Looks Forward to 2021 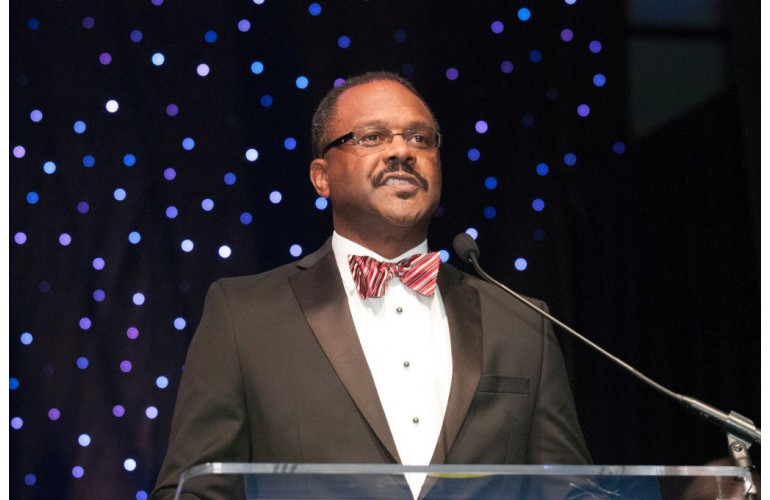 Legacy awards were introduced during the BEYA STEM Conference’s 30th-anniversary weekend to celebrate the contributions of people who have won the Black Engineer of the Year Award (BEYA) since 1987. Before 2016, Legacy Awards were in a select recognition category. The awards were renamed to honor  BEYA’s three-decade legacy.

Presented annually at the BEYA STEM Conference,  legacy awards recognize a winner’s work in the science, technology, engineering, and math (STEM) community, as well as excellence in the STEM workforce. For more than five years, the Engineering Deans Breakfast at BEYA has been the place for special recognition honorees to receive legacy awards.

In 2018, Jonathan Jones received the Eugene M. DeLoatch Legacy Award for Engineering Education at the BEYA Conference. A fermentation improvement engineer at Dow AgroSciences, Jones was recognized for his dedication to science, technology, engineering, and math (STEM) outreach in local communities.

Dr. Deloatch retired in 2016 after 32 years at the helm of Morgan State University’s Mitchell School of Engineering. He was the inaugural dean of the school when it launched in 1984. During his long career, he made a substantial impact on growing the number of minorities in engineering. He is the 2017 Black Engineer of the Year.

Other winners of this award include Awais Sheikh, a principal business innovation engineer, and group leader at The MITRE Corporation, in 2019. The 2021  nominee is Oliver Myers, Ph.D., an associate professor and associate dean for inclusive excellence for undergraduate studies in the College of Engineering, Computing and Applied Sciences at Clemson University.

The Linda Gooden Legacy Award is named for the 2006 Black Engineer of the Year, one of the most respected business leaders in aerospace and defense during her 40-year career. Gooden is currently chair of the University System of Maryland Board of Regents. She is one of a select number of people who have presented awards named after them at BEYA.

In 2020, she presented Lockheed Martin employee Audrell K. Samuels with the legacy award that bears her name. “Ms. Audrell Samuels exemplifies the definition of volunteerism in her work with the STEM outreach program and her service to the Enterprise Resource Groups she belongs to and supports,” said Gooden. Here is what she said about BEYA’s legacy in 2006.

“I am honored to be among this distinguished list of nominees; the (milestone) anniversary of the Black Engineer the Year Awards makes it even more special,” Gooden said. “What we do today will set the stage for the next 20 years, just as those who walked down the aisle and accepted this award 20 years ago set the stage for us.”

Dr. Dean, the 2000 Black Engineer of the Year, is credited with developing landmark technologies, including the color PC monitor, the Industry Standard Architecture system bus, and the first gigahertz chip, with engineer Dennis Moeller. In 1995, Dr. Dean was one of only 50 active fellows of IBM’s 200,000 employees and the first African American. He holds over 30 patents and retired from IBM in 2013. During his acceptance speech, Green said he stood behind a long legacy of achievement at the century-old IBM Corporation.

The Edward T. Welburn Legacy Award for Automotive Design is named for the 2015 Black Engineer of the Year. He joined GM’s design staff in 1972 and made history in 2003 by becoming GM’s Chief Designer, the first Black American to achieve that position at any automaker in the world. Welburn is the sixth design leader in the entire history of General Motors. The first to lead the organization globally, creating a network of ten design centers in seven countries: The United States, Germany, Korea, China, Australia, Brazil, and India.

In 2018, the winner of this award was Mr. Eric Burnett, chief engineer for rear-wheel-drive 8-speed automatic transmissions, FCA US LLC.
The 2020 award went to Corey Randolph, who worked his way from an intern at Nissan to earning the role as a lead electrical engineer for the Nissan Leaf. He is now a resource in the zero-emissions technology development team of Nissan Technical Center of North America.

The presenter of the award at BEYA’s Engineering Deans Breakfast was Gerald Johnson, a two-time BEYA winner himself, and currently the executive vice president for global manufacturing at General Motors (GM). In 2019, the Gerald Johnson Legacy Award for Career Achievement was launched. The winner of the inaugural award was Tanya Foutch, a quality resident engineering group lead for assembly at FCA US LLC.

In February 2021, Gerald Johnson will receive the prestigious Black Engineer of the Year Award. As executive vice president of Global Manufacturing for General Motors, he is responsible for the budget, quality, and safety performance for 103,000 employees representing more than 129 manufacturing facilities on five continents in 16 countries globally.