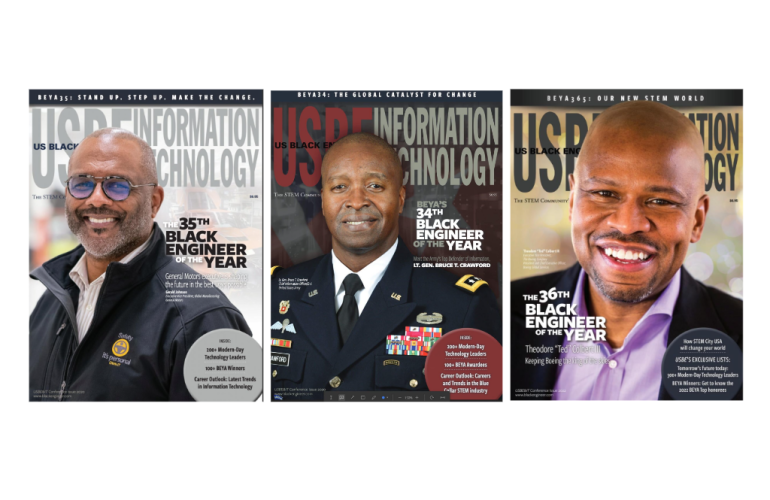 2020 will be most remembered for how a coronavirus created a global health emergency. But before things ground to a halt, while scientists raced to come up with a vaccine and other treatments, the Black Engineer of the Year Awards held its annual gala at a landmark hotel in the nation’s capital during Black History Month.

The top winner at the 34th annual BEYA gala was Lt. Gen. Bruce T. Crawford. He received the award in recognition of his outstanding efforts to mentor the next generation of American engineers, technicians, and technologists. The Secretary of the Army Ryan D. McCarthy and the Chief of Staff of the Army Gen. James C. McConville presented Lt. Gen. Crawford with the 2020 award.

The three-star Army general is one of a select number of active-duty officers to be named Black Engineer of the Year since 1987. Uniformed officers who have received the prestigious engineering award include Captain Donnie Cochran (1989), Lt. Gen. Albert J. Edmonds (1996), and Lt. Gen. Joe N. Ballard (1998).

During the 35th annual BEYA Gala, the 2021 Black Engineer of the Year Award went to Gerald Johnson, executive vice president of global manufacturing. He was recognized for his commitment to mentoring, promoting diversity, equity, inclusion, and leading General Motors (GM) efforts to support the United States during the pandemic.

Johnson, the first Black executive to lead manufacturing at GM, heads global manufacturing operations, manufacturing engineering, and labor relations organizations. He is a member of the GM Senior Leadership Team and reports to Mary Barra, chairman, and CEO of General Motors Company.

Johnson is the third GM employee to be named Black Engineer of the Year after Alicia Boler Davis in 2018 and Ed Welburn, the sixth design chief in GM’s history, in 2015. Boler Davis and Welburn both made comments during the live-streamed ceremony.

Retired Lt. Gen. Crawford, 2020 Black Engineer of the Year, and former chief information officer of the United States Army, beamed in for the prestigious black-tie “Passing the Torch” ceremony with his wife to congratulate the 2021 winner of the award.

The 36th annual Black Engineer of the Year Awards feat. top winner, Theodore Colbert III, then president and CEO of Boeing Global Services. Colbert is a familiar face at the BEYA STEM Conference. He has served as a speaker on the BEYA seminar circuit and won the BEYA Cyber Visionary Trailblazer category award in 2010 and 2012, in recognition of his contributions to raising awareness about the importance of cybersecurity and ensuring that all Americans have the resources they need to be safer and more secure online.