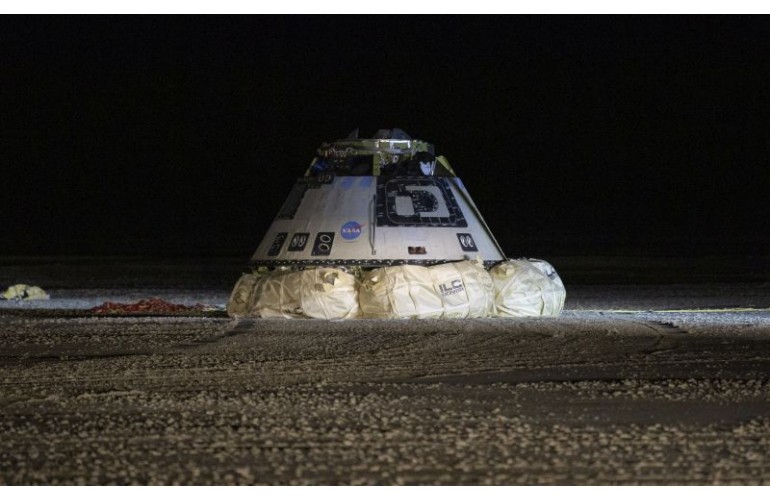 NASA and Boeing announced Sunday the successful landing of the Starliner in New Mexico. According to the statement, although the spacecraft did not dock to the International Space Station as planned, Boeing was able to complete a number of test objectives during the flight related to NASA’s Commercial Crew Program.

“Congratulations to the NASA and Boeing teams on a bullseye landing of the Starliner,” said NASA Administrator Jim Bridenstine. “The information gained from this first mission of Starliner will be critical in our efforts to strengthen NASA’s Commercial Crew Program and return America’s human spaceflight capability.”

Boeing’s CST-100 Starliner touchdown of a human-rated capsule is said to be the first in U.S. history, setting the stage for future crewed landings at the same site.

Boeing Senior Vice President of Space and Launch Jim Chilton called the landing of Boeing’s CST-100 Starliner spacecraft a testament to the women and men who have dedicated themselves to ensuring Starliner can safely transport crews to low-Earth orbit and back to Earth.

“The Starliner Orbital Flight Test has and will continue to provide incredibly valuable data that we, along with the NASA team, will use to support future Starliner missions launched from and returning to American soil,” Chilton added.

The Starliner is reported to be in line for refurbishment for Boeing’s first operational crewed mission, following the Crew Flight Test. NASA astronaut Suni Williams, who will fly on that mission, dubbed the spacecraft “Calypso” after the ship of famed explorer Jacques Cousteau.

“This mission has only strengthened the resolve of the NASA, ULA, and Boeing teams,” said NASA Deputy Administrator Jim Morhard. “The Commercial Crew Program is strong. But keep in mind, this is a great reminder that human exploration is not for the faint of heart. We are just getting started!”