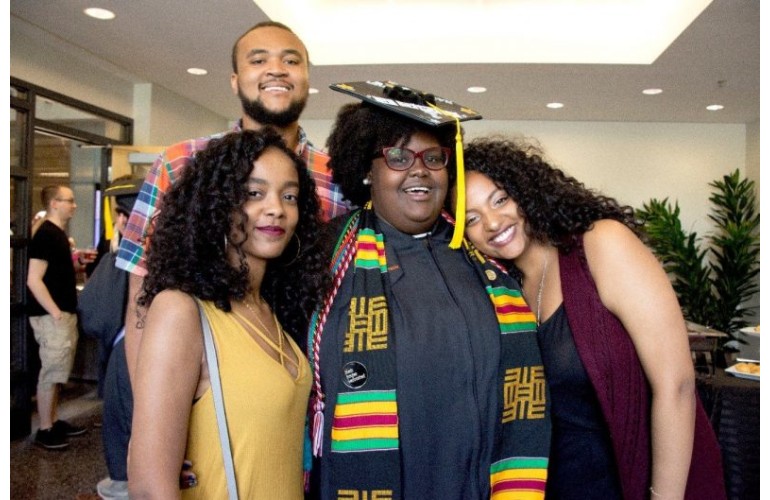 As first-year classes head to campus up and down the country, we look back at the history-making college graduation season this May.  Here are three women of color STEM grads you need to know.

At the Massachusetts Institute of Technology (MIT), Mareena Robinson Snowden, a Florida A&M University physics graduate, became the first American-born woman of color to earn a Ph.D. in nuclear engineering.

Virginia Tech grad Ginai Seabron also made the headlines as the first African-American woman to earn a bachelor’s degree in nanoscience from the College of Science at Virginia Tech.

Seabron’s tweet about her landmark accomplishment went viral for all the right reasons.

¡BOOSHEELENA¡
@ori_ginai
OFFICIALLY DONE! These past 4 years have been longgg and HARD but I/WE made it. You are looking at the FIRST African American Woman NANOSCIENTIST from Virginia Tech! #2days
8:40 AM – May 9, 2018
74.1K
15K people are talking about this

Always candid about her college experience, Seabron also shared it wasn’t easy being the only African-American in the room.

But despite feeling scared and nervous some of the time,  she kept moving forward and making progress as a resident advisor, mentor, and teaching assistant. Seabron reportedly helped a few other people transfer into the nanoscience department.

“Her strength and insight have been very helpful to me in our efforts to make the Virginia Tech experience more inclusive. I have no doubt that great things are ahead for her,” Virginia Tech President Tim Sands told VT News.

Despite increases in the number of women earning degrees in physics, the proportion of women is the lowest of all the physical sciences.

According to the 2017 Women, Minorities, and Persons with Disabilities in Science and Engineering report from the National Science Foundation, the proportion of women earning degrees in physics has increased more at the master’s and doctoral levels than at the bachelor’s level, but the numbers of women in this field remain very small.

Similarly, women’s participation remains well below that of men at all degree levels and in all fields of engineering.  In general, women earn larger proportions of degrees in chemical, materials, industrial, and civil engineering than in aerospace, electrical, and mechanical engineering.

Without a doubt, historically black colleges and universities are important baccalaureate-origin institutions of black doctorate recipients in the earth, atmospheric, and ocean sciences; mathematics, biological sciences, and physical sciences.

Great article…Thanks so very much for sharing. Very inspiring..

Women are creators of society and are powerful in imagination. They are withstanding in the field of civil engineering. Your article is really inpiring for the civil engineers.Nice blog…!!!