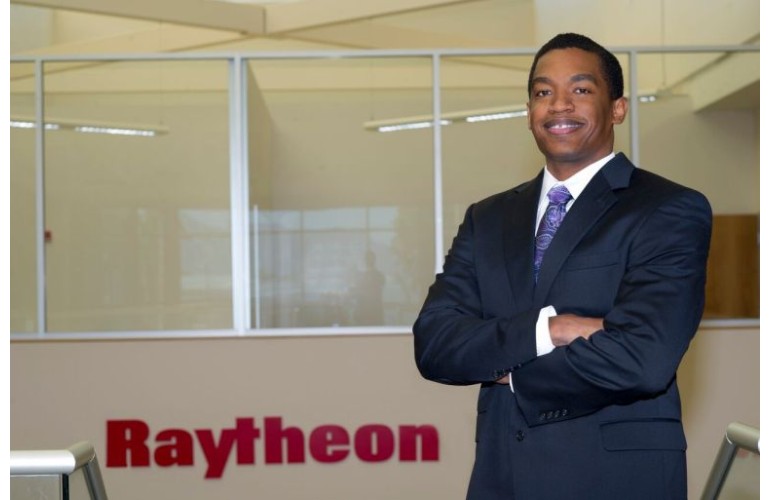 Austin Haygood is a computer modeling systems engineer in Air Warfare simulation. He is one of just a few experts in hyper-sonic weapon systems modeling among 5,500 engineers at Raytheon Missile Systems.

During his career Austin has made many technical contributions to defense projects that support men and women in the United States armed forces. His work has helped develop a tracker model against hyper-sonic targets and DARPA threat environments. He is the “go to guy” for mission developments.

Austin was born on Mather Air Force Base in Sacramento County, California. His father was an Air Force officer and his mother was a preacher’s daughter.

As a National Achievement Scholar, Austin earned a full tuition, room, and board academic scholarship and a U.S. Air Force ROTC scholarship to attend Iowa State University. He graduated in 2005 with a bachelor’s degree in aerospace engineering, a U.S. Air Force commission, and the experience of building a college youth ministry for a local church.

Austin began his seven year U.S. Air Force career as an electronic warfare officer and misison crew commander aboard the EC-130, a light utility helicopter. He balanced his combat role as commander of a squadron mobility office to ensure on time delivery of EC130H aircraft and crews to and from combat.

Today he continues his mission as a major in the Arizona Air National Guard. In this role, he supports crisis disaster response, homeland defense, and border protection. He also supports counter-terrorism operations for agencies such as the Southern Command, Northern Command, Homeland Security and the U.S. Secret Service.